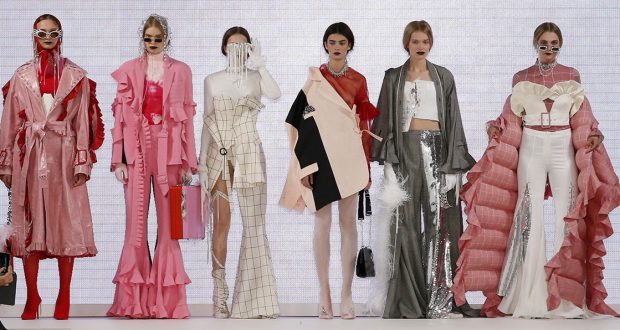 KU fashion students will no longer be able to show their collections in the way they have for the past five years. Photo: Kickstarter

Written by Hannah Roberts on January 30 2018

Third year fashion students have called on their peers to help them raise funds for their end-of-year show after it was revealed they would no longer get funding from the university.

According to the fashion Save the Show Facebook page, “for the first time, all funding ties with Kingston School of Art’s Fashion BA’s final fashion show have been cut.” This includes sponsors, uni funding and support from other years.

Its adds: “The fashion third years are disappointed that after three years of study, we might not be able to have an exhibit to show all of our hard work. So we want to try our hardest to raise the money on our own and be able to show all the creativity that comes out of our BA fashion course, which is one of the best in the world.”

KU has the highest-ranked course in the country specialising in fashion, according to the Guardian University Guide.

The course selects students to show their collections at Graduate Fashion Week in London, but all students get show their work in the end-of-year internal show.

Student fundraising efforts have been a significant part of the funding process since the internal shows were initiated five years ago.

A KU spokesperson said: “Although the University does traditionally contribute towards costs of holding the student fashion show, the specific amount varies depending on a number of factors including the level of external sponsorship secured.

“So far our students, who have been very busy fundraising, have already secured £8,500, a significant portion towards the cost of the student show. The fundraising director of Graduate Fashion Week has been invited to discuss fundraising initiatives with the student show working party.”

At the Student Union Annual General Meeting (AGM) last week, an assembly of fashion, illustration and animation students raised a motion, which was later passed, to ask the Student Union to help improve Kingston School of Art students’ fundraising skills.

Fashion student Giulia Grigolon told students gathered for the AGM that fashion “has to raise around £18,000 each year to put on the internal show, which means we have to balance work, studies and organising fundraising in our downtime to get the proper skills, because we are not trained at all.”

“On our course they try to help us but as it is a charitable activity and they can not say ‘give us money’ or influence us too much, which means that we are all by ourselves,” she added.

A KU spokesperson said: “With six months until the show, the University will continue to explore opportunities for sponsorship and financial support for this important event.”