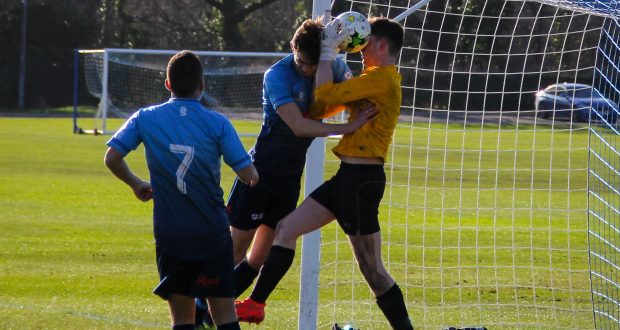 A double from Yaw Ofosu was not enough as Kingston lost 4-2 at home to Reading on Wednesday afternoon.

A flurry of late goals punished the home side as they lost to Reading for the 2nd time in two weeks.

Kingston Cougars returned to Tolworth looking to avenge the unfortunate 2-1 defeat inflicted by Reading two weeks before. The Cougars produced a fine display at home to Chichester in a clinical 3-0 victory last time out.

Kingston Captain Greg Potts said: “I’m pretty devastated to be honest, we were flat today and didn’t play how we usually would.

“I’ll hold my hands up too I had such a poor game.”

The home side came close to a breakthrough in the eighth minute after a great run from right-back by Pranav Thapa led to a sumptuous ball into the box finding the unmarked Sesay. His first time effort was guided agonisingly onto the right-hand post, whilst leaving the Reading keeper stranded.

Despite the home sides early pressure, it was the away side who broke the deadlock. A speculative effort from Reading’s Nick Barnett from 25-yards flew into the top corner in the 20th minute totally against the run of play. Kingston keeper Tom Gurney did get a touch on the powerful effort but it wasn’t enough to divert it off target.

Kingston’s equaliser deservedly came ten minutes after Reading’s opener. A deep set piece from Sesay from the right found Yaw Ofosu at the back post. Ofosu produced a fine towering header across the keeper just inside the six-yard-box. It was his second goal in two week’s and just like last week’s 3-0 win against Chichester it came from a Sesay set-piece.

Sesay fashioned two chances of his own looking for Kingston’s second before half-time but both efforts were wild and over. Marco De Sousa and Jaedan Potts were also booked as well as Reading’s goalscorer Barnett in what was becoming a feisty encounter.

Reading had the better of the early stages in the second half in a game that ebbed and flowed all afternoon. The away side thought they had the lead again from a set piece as a delivery trickled all the way through into the net but after some time the referee agreed with the linesman that a Reading player interfered with play and distracted Kingston keeper Gurney.

Reading’s second half dominance finally prevailed as a break down the left-wing allowed Max Lake to guide a free header past Gurney in the 68th minute. This left Kingston with it all to do. Another tricky delivery from a Reece Carter-Allen corner went all the way through the Reading box without a Kingston touch.

A loose pass from captain Potts allowed Reading to further assert their lead in the 80th minute to effectively seal the three points for the visitors. Lloyd capitalised on the ball that slowed on the bobbly pitch to guide an easy shot past Gurney.

Lloyd compounded more misery on the home side to double his tally for the afternoon as he rounded the keeper for a second goal in five minutes. . It was a clinical second half performance from the visitors. 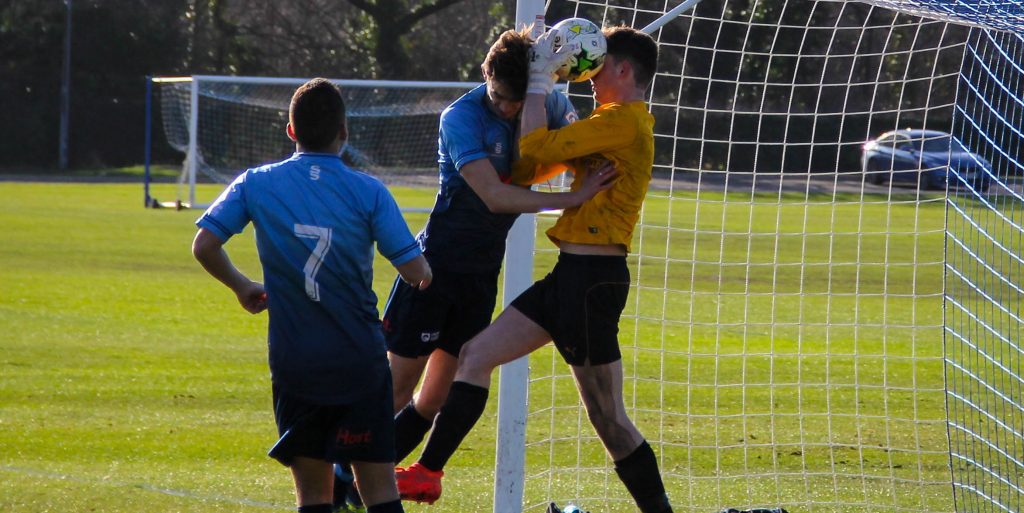 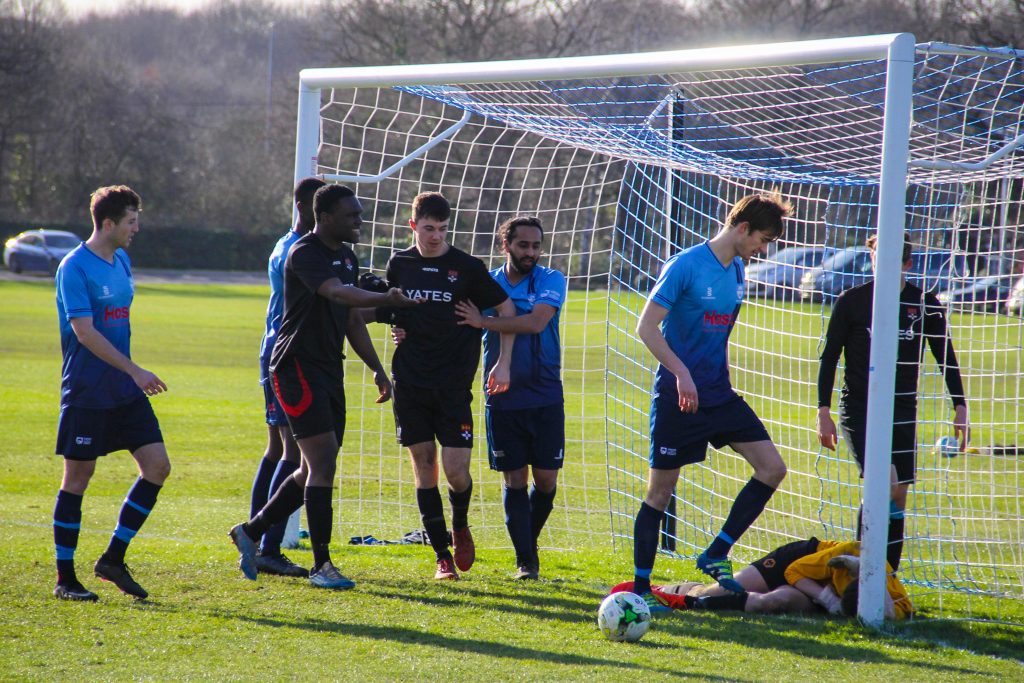 The challenge did not go down too well with the Reading players. Photo: Louie Chandler 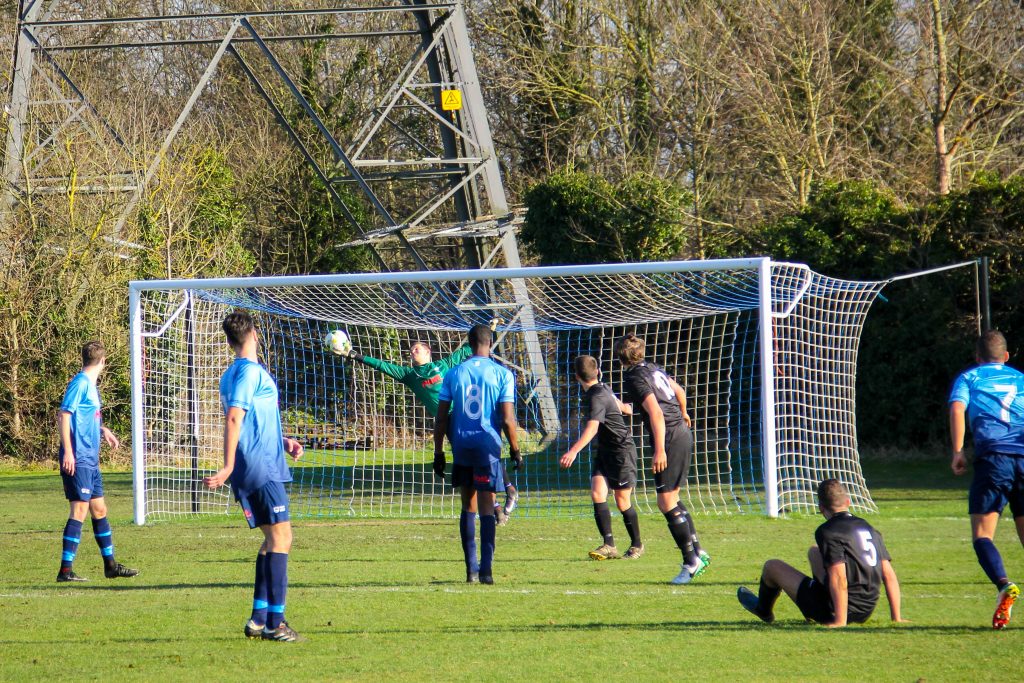 Tom Gurney did all he did to stop the opener, but it was too powerful. Photo: Louie Chandler 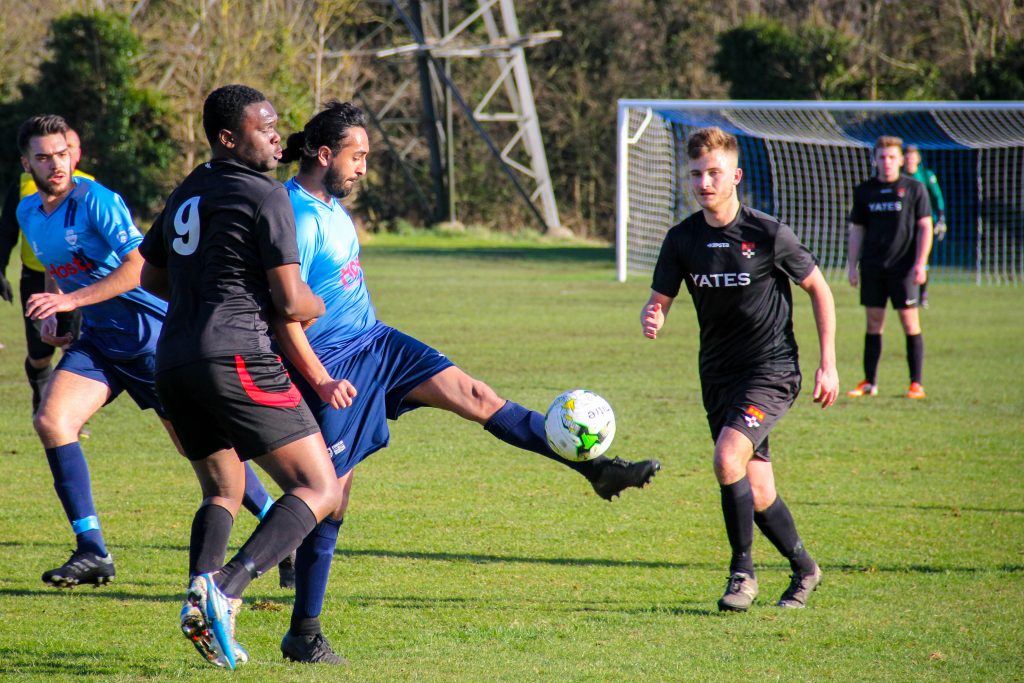 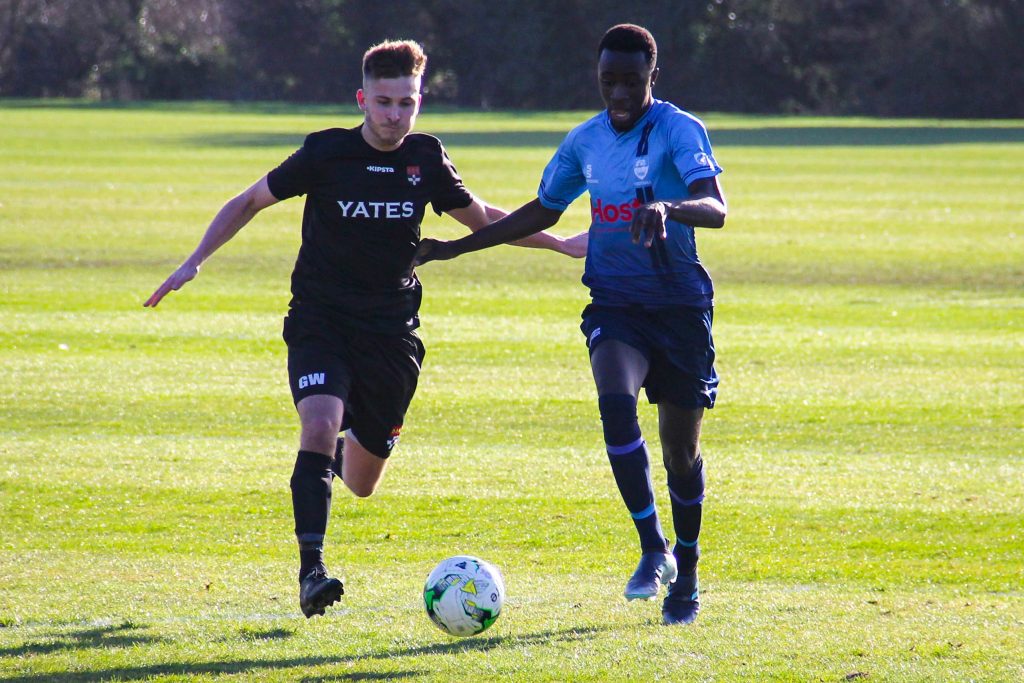 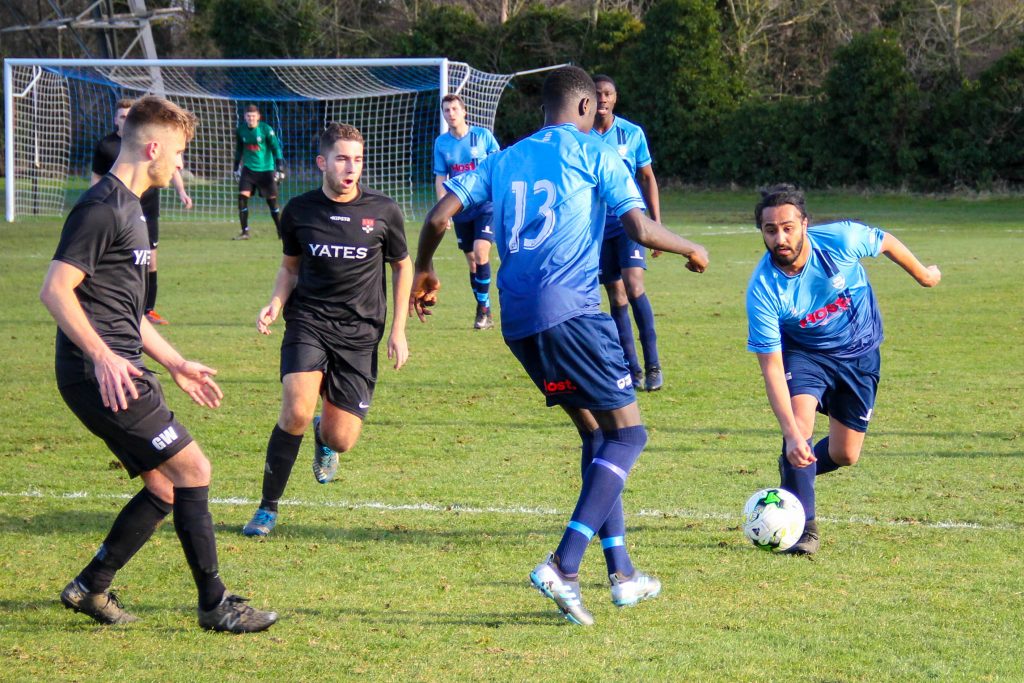 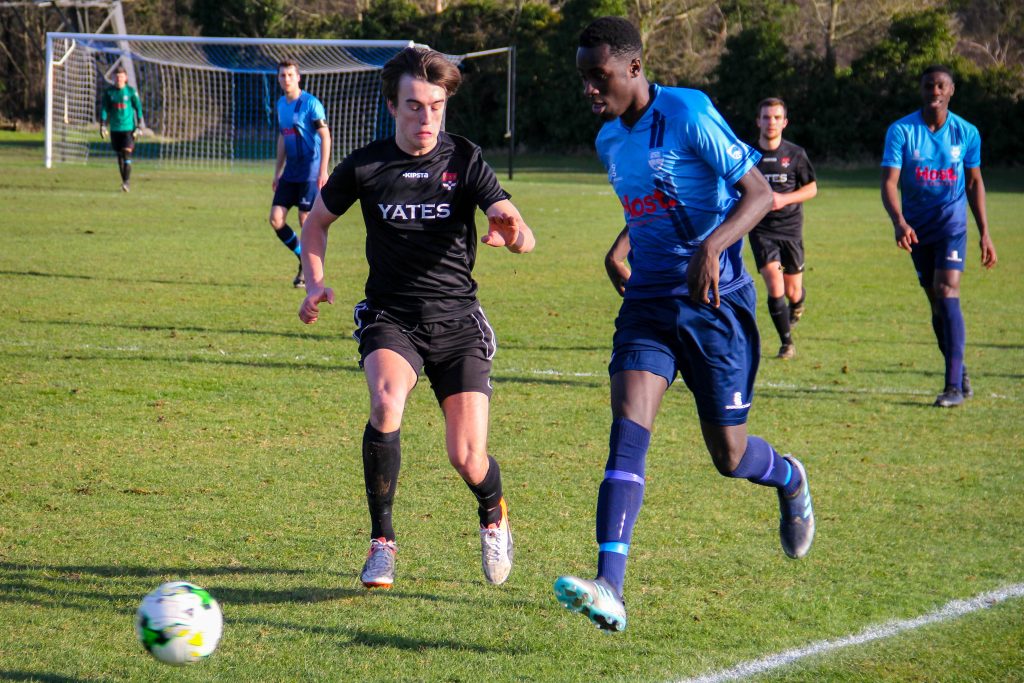 After drawing level Kingston pushed for a first half lead. Photo: Louie Chandler 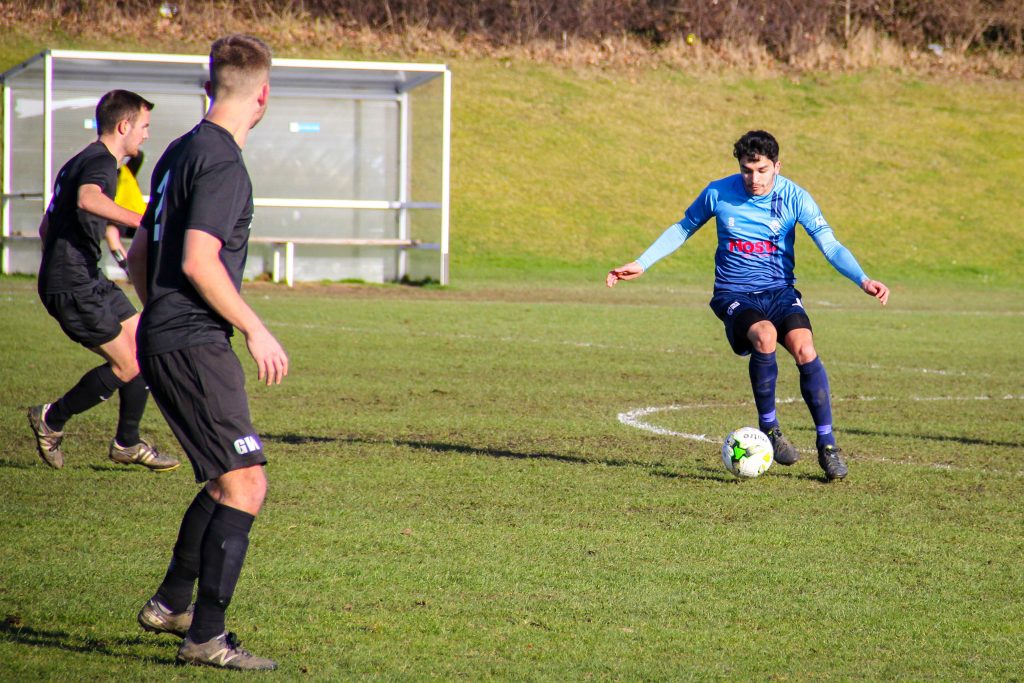 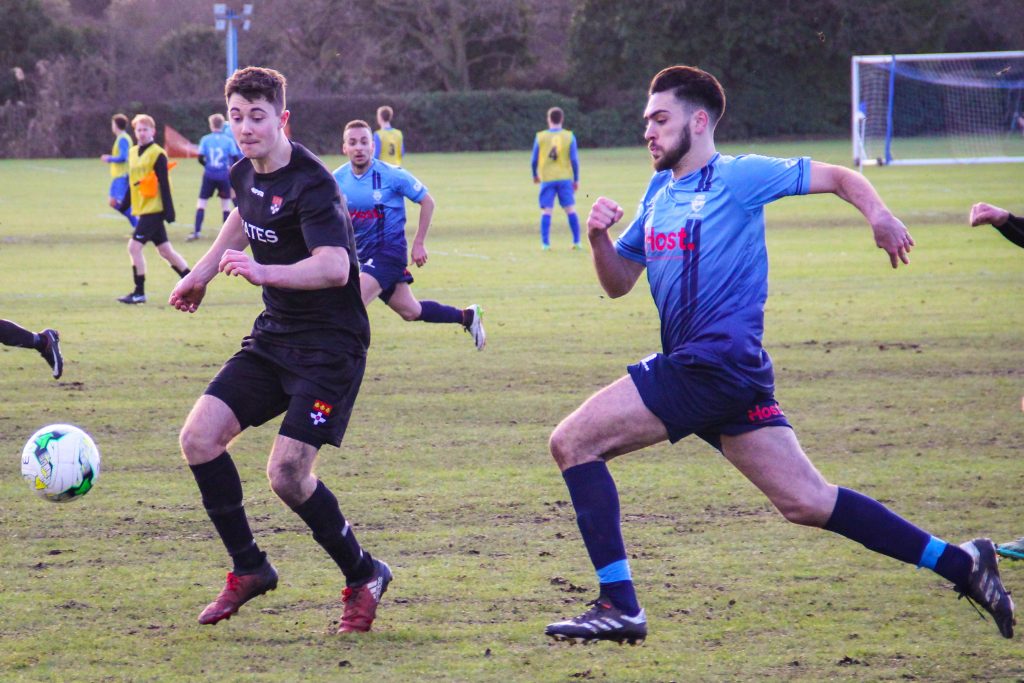 Marco De Sousa chases down a through ball as Kingston look to take the lead. Photo: Louie Chandler 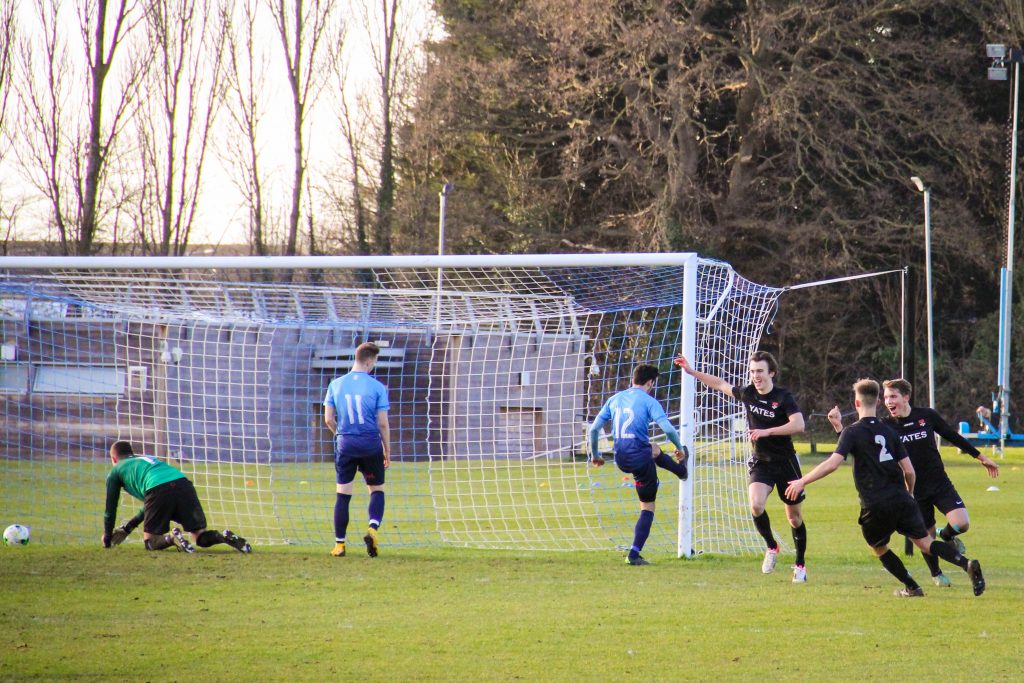 But it is the visitors who regain the lead, leaving the home side frustrated. Photo: Louie Chandler 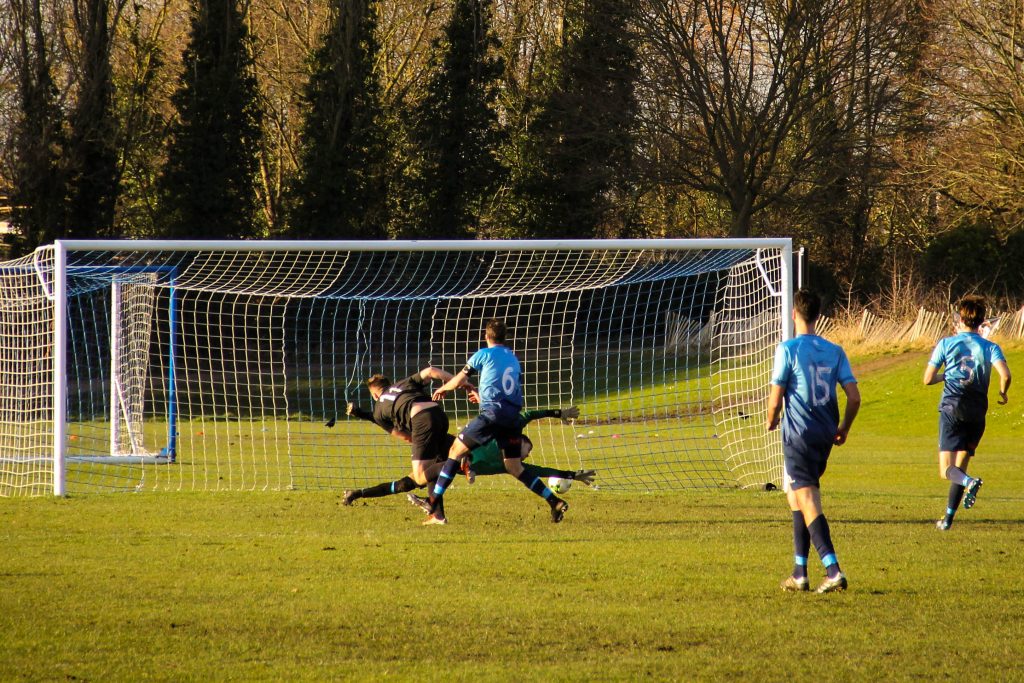 And then it is 3! Despite Greg Potts best attempts to putt him off, Lloyd grabs his goal. Photo: Louie Chandler 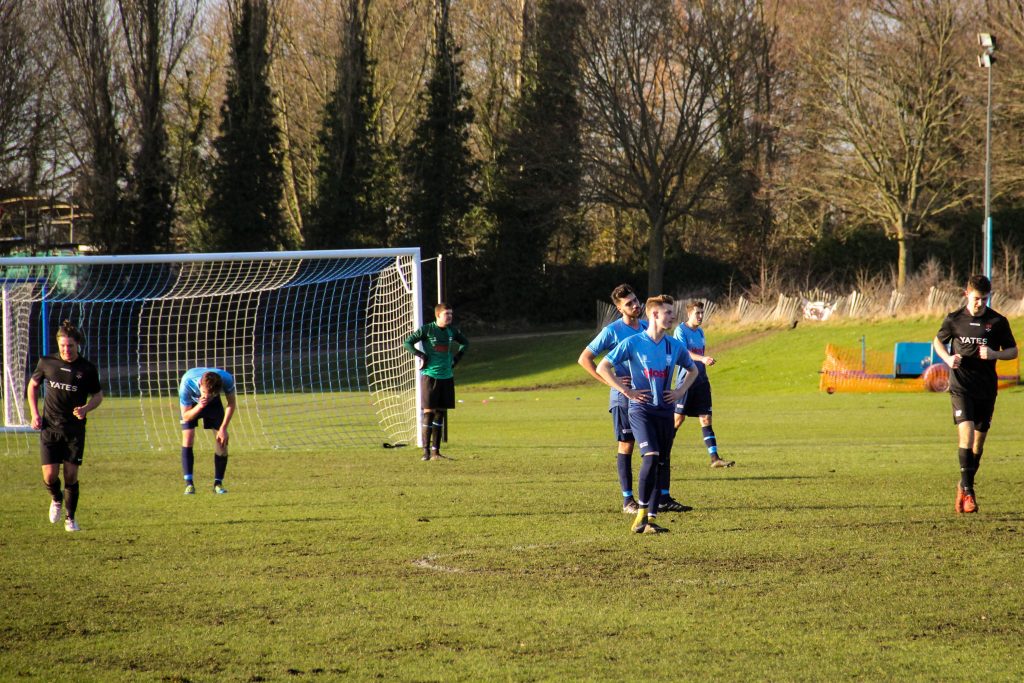 The fourth came soon after, leaving Kingston far too much to do. Photo: Louie Chandler 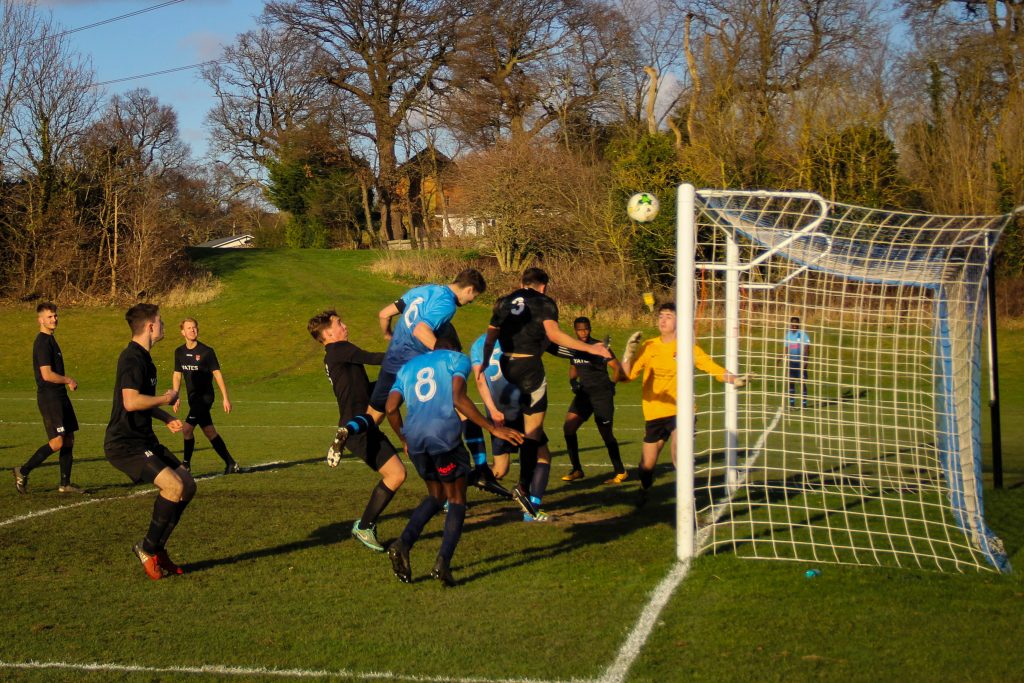 How has he missed?! Captain Potts with a great chance to pull a goal back from a few yards out, but somehow misses the target. Photo: Louie Chandler 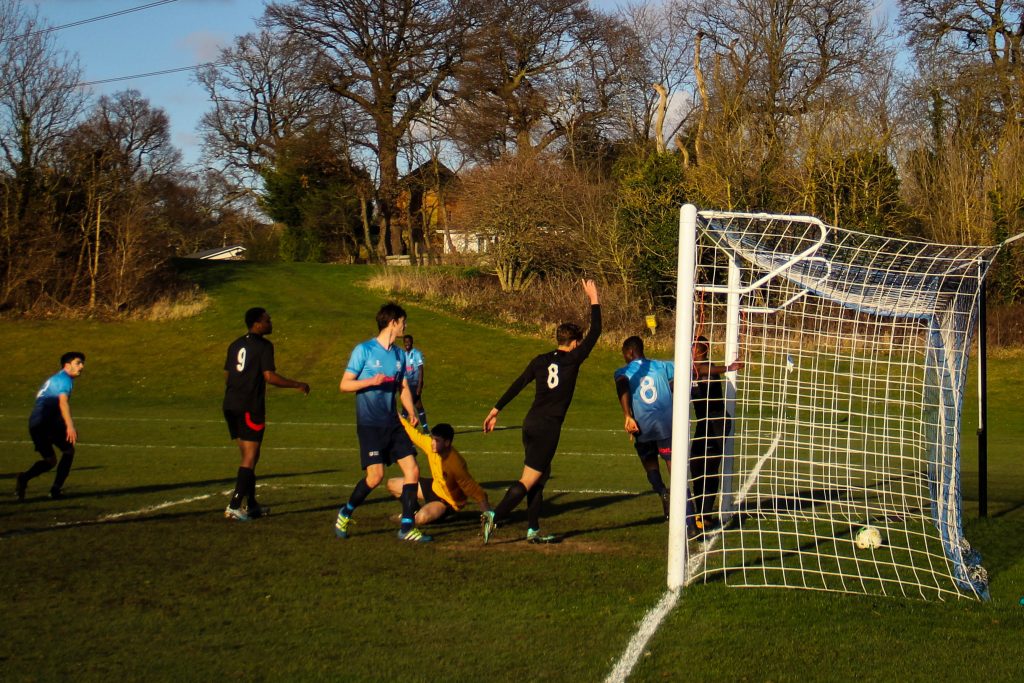 Luckily Yaw Ofosu is there to spare his blushes and make it 4-2. Photo: Louie Chandler 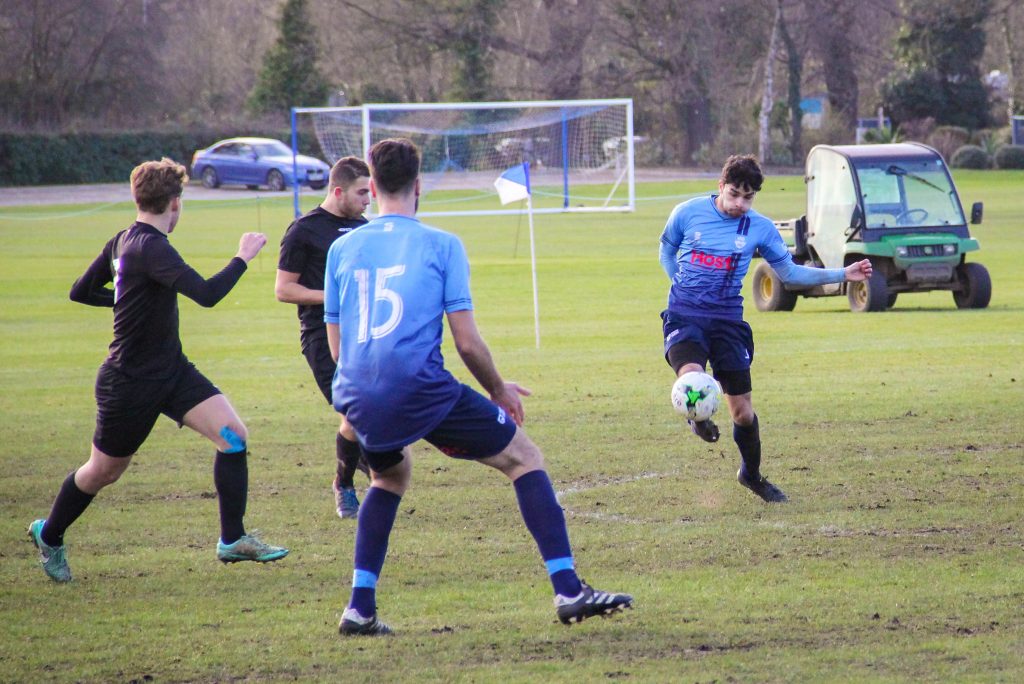 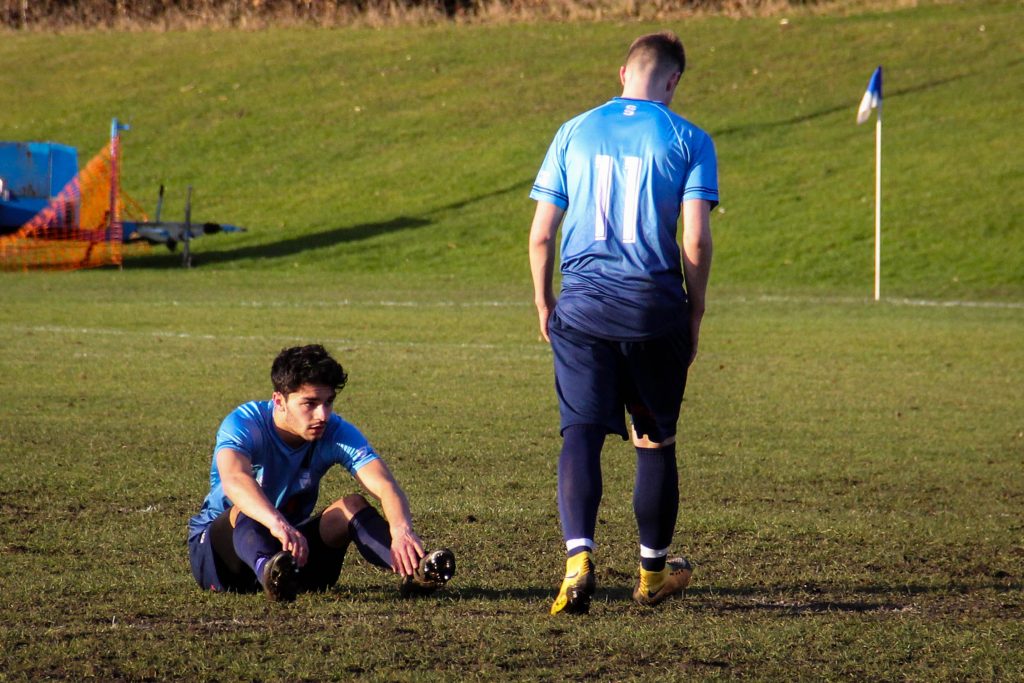 But it was too little too late, and the game finished 4-2 to Reading. Photo: Louie Chandler.