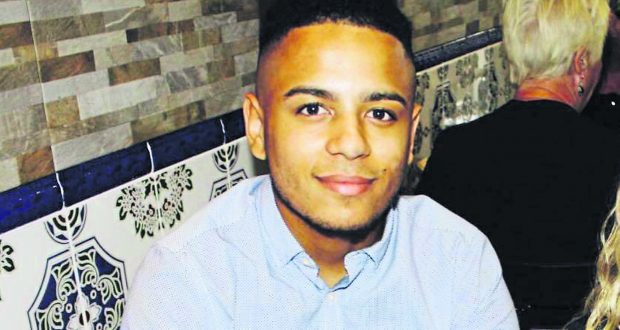 The KU student was suprised by the racist slurs on Tinder Photo: Masai Lincoln

A shocked black KU student has condemned racism on social media after a girl on Tinder abused him with a racial slur in response to a chat-up line.

Masai Lincoln, 20, who is from Croydon and studies media and communications, put the exchange on Twitter in January 2018 to bring to light the racism that he says is becoming more prominent on social media.

He was called the n-word when his chat-up line did not meet the expectations of his match. “I wasn’t being serious, I thought she was joking at first but then she said that. I was honestly more shocked than anything,” Lincoln said.

In the screenshots, which have been retweeted nearly 2,000 times, his match, Hannah, said she would “allow” a date in exchange for his best chat-up line. Lincoln gave it his best shot, saying: “If you were a fruit, do you know what fruit I would call you?” He followed it up with “a fineapple”.

In reply to Lincoln’s lines, she asked if he would like a date before telling him to look elsewhere. Then, having quickly changed her mind about sending him away, Hannah added that she was joking.

Lincoln replied: “I was gonna say that’s well harsh.” She went on to say that his “chat up line was utter shit. Goodbye,” before adding: “Bye n****r.” 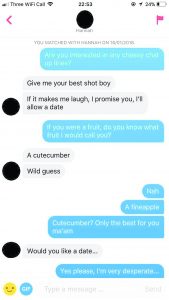 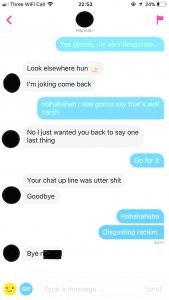 Lincoln had no time to write a response before she unmatched him.

He said: “I didn’t post the tweets to expose her, Tinder only shows a first name.”

On Twitter, users expressed their disbelief at the exchange. One user, @jade_wooo said: “naaah some girls are so disgusting. Thinking bc they’re 100% British beef, they’re worth more. Hm, jog on. P.s I’d date you.”

@l0zz_ tweeted: “Not sure if it’s just me? But I would have appreciated those chat up lines.”

After one person claiming to be the girl’s friend called the Tinder comments “not that deep”, @fxckmeilovebmth said: “Racism is deep actually. It’s very nasty. I don’t care if your mate did it or not, but you can’t say racism isn’t deep?”

In response to the Twitter backlash, Hannah contacted Lincoln saying: “I love it when you expose me,” before putting her Twitter to private and blocking him.

Lincoln has assured his new admirers on Twitter that he is still single.

A Tinder spokesperson said: “At Tinder, we have a zero-tolerance policy on harassment and hate speech.

“The behaviour of this user is inexcusable and is in violation of our terms of use.”

They added: “If users experience any kind of inappropriate conduct by other members of our community, we encourage them to immediately report the behaviour to us.

“Reporting a user for inappropriate conduct is straightforward and easy to do. On any given profile, users can tap the ‘3 dots’ icon and select ‘Report’. “Users can also report another user by emailing help@gotinder.com.”