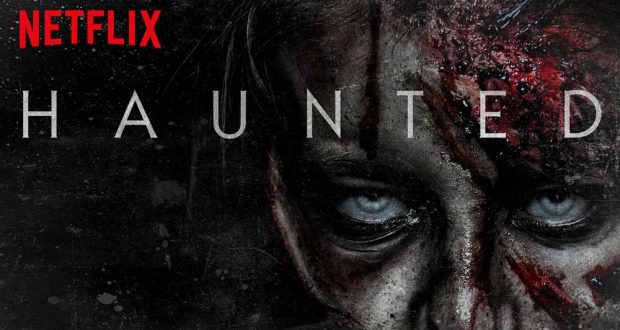 Halloween is slowly creeping around the corner and is ready to get you in a spooky mood.

If this year you are not thinking of partying dressed up as your favourite movie character or notorious monster and instead you would rather stay in with popcorn, wine and blankets to watch scary movies and TV shows, then this list is perfect for you.

Netflix is coming out with new Halloween original specials to give you chills on October 31.

The Haunting of the Hill House season one came out on October 12 and follows the Crain family, respectively the five siblings who grew up in what would turn out to be the most famous haunted house in America.

Even though the eldest of the siblings, Steven Crain played by Michiel Huisman, is sceptical of the paranormal activity in the Hill House, he wrote a book about their dreadful childhood in the haunted house.

Twilight’s Elizabeth Reaser plays the eldest sister, Shirley, who ended up working at a mortuary.

The series’ timeline is split between past and present, and throughout the episodes, you can see the events that took place in Hill House and left the family traumatised.

The show is a blend of family, drama and horror with frightening appearances from ghosts and creatures.

Chilling Adventure of Sabrina is based on the comic book with the same name and the action takes place in Greendale, where every day feels like Halloween.

The new show is about Sabrina Spellman, played by Kiernan Shipka, a teenage girl who is half-witch and half-human.

On her sixteenth birthday she has to choose between the two worlds and during the series, she will have to face unsettling adventures, together with her human boyfriend Harvey Kinkle, played by Ross Lynch, her aunts.

Salem will make an appearance in the series, who in the comic book is a witch sentenced to spend an indefinite amount of time as a cat that lives with Sabrina.

The series is from the executive producers of Riverdale, a Netflix original show, and premieres on October 26.

Apostle is set in London, 1905, when Thomas Richardson returns home only to find out that his sister was kidnapped by a religious cult and held for ransom.

English actor Dan Stevens plays Richardson, who travels to the isolated island where she is held and infiltrates in the community in an attempt to save his sister.

Netflix started streaming the movie, filled with scenes of horror and mystery as Richardson unveils a dark and evil secret, on October 12.

Haunted is a series about real people exposing their true experiences with the paranormal and it premiered on Netflix on October 12.

In this new show, six people share with their friends and family daunting ghost encounters and the strangest incidents that have happened to them.

There is a mix between scenes of the storytelling and frightening reenactments, fact that brings the show to life, together with creepy music.

Malevolent is a horror movie about a brother and a sister, Ben Lloyd-Hughes as Jackson and Florence Pugh as Angela, who scam people by making them believe that she has the ability to contact the dead.

All until their next client, Mrs Green, asks the “ghost-hunters” to come to an orphanage where a string of murders of young girls took place, as she cannot rest because of the voices.

Angela later starts hearing them too and is less aware of what is real and what is not.

After a chain of horrifying events, the two brothers realise they didn’t possess the skills necessary to deal with the situation.

The one hour and a half movie premiered on Netflix on October 5.

She is a baker and an artist who creates detailed, “hauntingly disturbing décor” and it was released on October 12 to get you inspired just in time for Halloween.

In the six episodes, she shares her edible masterpieces with the audience in front of the screen, but also with the creatures she has taken into her home.

Creeped Out is a more fun than scary British TV series that premiered last Halloween, but became available to stream in October on Netflix.

The show is about “The Curious”, nobody knows who he is or where he is from, played by William Romain.

He collects intriguing tales of dark magic and his mask gives him a creepy allure. Whenever he whistles, something strange is about to happen.

Grab enough snacks and the remote for a scary, binge-watch session of Netflix and Chills.