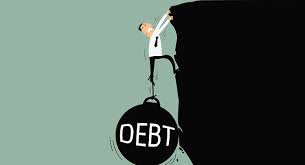 Kingston University in millions of debt

Written by Morgane Roos-Carreira on December 3 2018

Kingston has one of the worst deficits amongst universities in the UK according to figures from its 2016/17 financial report.

The figures said that KU has a deficit of £14.2m partly due to the university parting with over £10m on staff redundancy and pension pay.

As well as this, the university also had an existing debt of £4.1m.

A spokesperson for the university said: “The deficit declared for 2016-17 included planned activities to re-organise the University to enhance academic performance and refocus its course portfolio to improve student experience and meet industry needs.”

According to a report conducted by university admissions specialists UCAS, the number of students studying at Kingston has also dropped by 26 per cent over the past five years, which is one of the biggest falls across the country.

Camilla Meeuwissen-True, a UCAS communications officer, said: “There is a general decline in applications due to a fall in the number of 18-year-olds.”

According to the Office for National Statistics research, there has been a 2.5 per cent drop in the number of 18-year- olds in the UK this year.

A spokesperson for Universities UK, a university advocacy group, said: “Undergraduate tuition fees, which in many cases do not actually cover what it costs to teach students, have been frozen at the same level. We now await the outcome of a government-commissioned review of funding in the new year.

“Universities are losing out on attracting international students to our overseas competitors.”

The spokesperson also said at the moment it is a difficult political and economic time for higher education institutions, despite the sector increasingly taking on more responsibilities for supporting schools, colleges, local businesses and communities.

Meanwhile, the threat of Brexit means that the European Union funding for research is more precarious than ever and university leaders are having to look more closely at the range of activities they are involved in.

According to a report by the website iNews, some universities in the UK have asked the American financial consultancy firm PFM for advice on how to stay afloat.

June Matte, managing director of PFM, said: “The US is probably five years ahead of the UK in terms of its own university crisis and we have been working with institutions there which are trying to downsize, selling excess real estate and consolidating universities into a single institution.”

Matt Waddup, the head of policy and campaigns at University and College Union (UCU), said that the Government needed to stand up and support higher education institutions.

“It is depressing that in a sector which has been the envy of the world we now have financial consultants circling our universities looking to make a quick buck flogging insolvency strategies,” he said.

According to the university’s financial report, KU has an overall year-end cash balance of £125.9m.

However due to the cost of operating activities the report showed that the university still has a deficit of £1.1m.