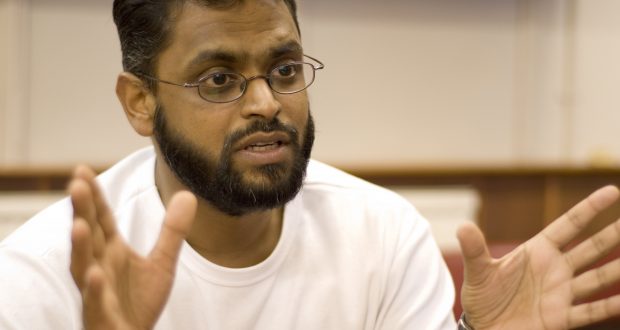 Students who attended an Islamophobia awareness event allegedly had their data given to the Government’s counter-terrorism scheme by a former staff member at the university.

The talk, by controversial speaker Mozzam Begg in 2017, was attended by many students of all beliefs but was organised by the Islamic society.

Kingston’s Union of Students officials apologised on Wednesday after admitting that data on who had attended the “Confronting the rise to racism” event was handed to a member of the University’s staff, who gave it to counter-terrorism scheme Prevent.

When Whaqar Hussain, Roehampton Vale’s Union Development officer, and Kamal Mohamed, Penrhyn Road’s Academic Affair officer, took on their roles in June 2018, they failed to uncover the facts that data was unfairly collected the previous year.

Hussain apologised on behalf of the previous union officers at the 2019 AGM on Wednesday for not making the situation a top priority.

He was told that the data was taken for safeguarding reasons and for any students who may have needed support after the event Begg spoke at.

Mozzam Begg was a former Guantanamo Bay detainee suspected of being part of Al-Qaeda after he was captured by the American army in Afghanistan in 2002.

He was later released without charge in 2005 and has done many talks at universities across the country.

Feisal Haji, a third year computer science student, said: “When they were scanning our cards at the event I asked why, and they said it was to verify that we went to the university.

“Then later on I asked a question to one of the staff members from the student union about what happened to the data from the events and she said that it was sent to Prevent.”

Prevent is part of the UK’s counter Terrorism Strategy and aims to stop people supporting terrorist groups and becoming radicalised.

Haji was “deeply disturbed” by what he found out and decided to push to get an apology from the student officers as he felt they have not taken the situation seriously enough.

He added: “I went to the student council and put in a motion to start an investigation and to get a censure on the officers.”

Universities have a statutory duty to engage with Prevent after the Counter Terrorism and Security Act 2015, however many have criticised the policy as ineffective and impossible to implement because it fostered fear and was a form of censorship.

“Like any UK organisation, we comply with all data protection laws and including reporting any breaches to the Information Commissioner’s Office,” said the Union of Kingston Students’ (UKS) marketing and communications manager Lewis Cotter.

By not having the students’ consent on sharing personal information, the former Officers who were employed by UKS, breached data protection rules.

“We have to be afraid of what we say, what we do and where we go and we shouldn’t have to feel like that we should be going to talks to grow as people and not have to worry,” said Haji.

A CAGE spokesperson said: “Moazzam Begg was invited to speak at Kingston University in 2016 by the then Vice Chancellor, who defended his decision in the name of free speech in an article in the Guardian.

“However, at a subsequent event a year later, information about students who registered to attend, was leaked to PREVENT.

“CAGE has been warning the public about the dangers of PREVENT and the way in which student debate is stifled and speakers are labelled ‘extremists’ or ‘controversial’ simply for speaking up against oppressive state policies.

“Kingston, and universities everywhere, should stand against this criminalisation of independent voices, and the parallel encroachment of surveillance in their institutions.

“We demand that the university publicise the results of the investigation into the breach so those responsible are held to account. We are, in the meanwhile, also consulting with our legal teams to pursue this issue.”