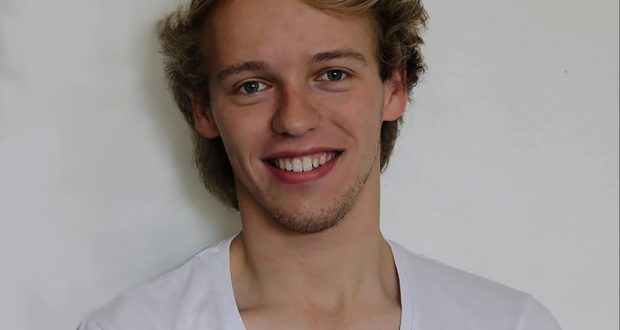 At eight years old, Tristan Hibberd was handed a box of Lego by his dad, “like any father would give his son”, he tells me. The box contained nearly 100 Lego mini figures. Today, you’d need a few more boxes and a lot more hands to carry the nearly 2,000-piece collection.

It was only at 13-years-old that Hibberd truly started collecting. “When Lego started to do projects with movies, they used to do movie characters as figures”, he says and that’s when he became more interested in it and became passionate about investing and collecting.

The product and furniture design student, now 23, estimates the value of his collection to be around £5,000 if sold all together and around £10,000 if he sold the mini figures individually. To this day, however, he hasn’t sold one and never intends to either. He considers the collection one of his “most prized possession”.

How does one go about collecting these mini figures? Initially, trawling eBay and collecting random assortment of Lego boxes is the way to go.

Hibberd said: “Chances are you’re going to get a lot that you don’t already have, sometimes you get the odd double one, I’ve got quite a few doubles, but that doesn’t matter because at the beginning it was quantity over quality.”

As a boy, he “would go to school and tell as many people as I could ‘If you can find me any Lego people, I’d give you £1 each’. I’d never pay more, I’d never pay less.” To this day, he still feels bad that he gave his friend Matty £1 for a Dumbledore figure that’s now worth around £35, fully knowing that it was “worth something”.

The figures he’d bought originally for 50p are worth over 10 times more now. Hibberd hasn’t put his eBay days behind him either. He buys each figure for between £3 and £30 online or in Lego stores. “The older they are, the more valuable,” he says, proudly showing off his expertise.

“Certain figures are incredibly valuable because Lego hardly made any of them and they were done a long time ago so people hardly bought them”.

There’s one specific character that’s missing from his collection. “It’s sort of like Willy Wonka’s golden tickets- it’s a similar concept,” except this prize doesn’t end with a trip to the Lego factory.

The highly desirable figure, called Mr Gold, is a gold-coloured man with a top hat and a gold torso who’s wearing a tuxedo. They sell for £2,000 each and with only 5,000 in the world, it’s a rarity that hasn’t put the young collector off. “I will eventually buy one. I’ve sworn that I will own one. I will,” he says.

“How much has all the Lego cost you?” He pauses as if he’s adding up all the receipts from every Lego purchase he’s ever made. He answers that “it’s difficult to say but probably many thousands”, he says.

The perfectly spaced figures line the hallway leading to Hibberd’s bedroom, in ceiling-to-floor-length cabinets that have been hand-built by the father-son duo. 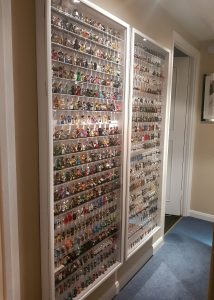 “Your house is on fire…” He looks at me and nods as if he knows what is about to be asked next. “I don’t think I could answer that because I know I wouldn’t just try to grab one”.

“I feel like if I had enough time I’d grab my shirt and pull them all in and grab them all,” he says whilst swooping imaginary figures into the cupped maroon t-shirt he’s wearing.

“I come from a family of hoarders. We all collect something,” he says. He goes on to list that his dad collects remote control cars, music albums and autographs, and his mum collects coins.

It seems like Tristan takes after his dad because he similarly collects autographs but says that it isn’t the same as his Lego figure collection. He explains that “collecting autographs is more about collecting memories because I’d never buy an autograph”.

Hibberd’s always told himself that he’d stop collecting when he got to 1,000 figures, so how did he get to 1,000 and almost surpass it by another 1,000? Apparently, there were always more sets to buy and more cabinets to be built.

“If I stop collecting the mini-figures it almost de-values the ones that I’ve already got because they’re worth more as a complete collection. If I keep the collection complete it makes them worth more,” he says. However, he is sensitive about his collecting and says if he couldn’t afford his Lego-loving behaviour, he’d stop.

As for the future of his collection, it’s potentially something he’d pass on. “I’d pass them on to someone who I knew was going to treat them well. If I didn’t have anyone to give them to, I’d look to donate them to a museum, like a  toy museum”.

But it wouldn’t be without conditions; the entire collection would always have to be kept together and never be sold but until then his goal is to find “rarer, more expensive collectable figures”.