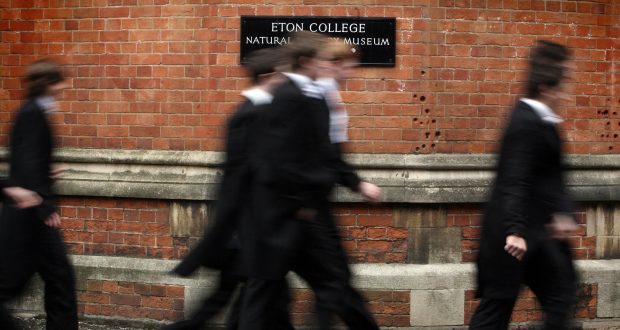 Written by Stephen Hall on September 23 2019

To be very clear, I was not privately educated myself and am not particularly a fan of the Eton Elite that permeates the upper echelons of our society. However the plan to integrate private schools into the public sector, which was approved at the Labour party conference on the 22nd of September, is a misguided but well-intentioned move.

Ultimately I believe parents should be able to have the choice (if they can afford it of course) if they want to get a better education for their child. Simply scrapping the private school system simply exchanges one unfair system, where only a few children lucky enough to be born into the right family get the best education, for another in which no-one can.

It is common knowledge that the private sector (in most cases) out-performs the public sector when it comes to quality (at a higher expense to the user), so integrating the top schools into that inferior public sector will only create inferior schools. This group of politicians who can’t even agree on anything when it comes to making progress on a Brexit deal are now going to run these schools better than the current owners are? Don’t be ridiculous.

It is also quite amusing that many of the high-ranking members of the Labour party, including Jeremy Corbyn, were privately educated themselves or have sent their own children to these schools such as Diane Abbott. But Mr Corbyn’s privileged schooling didn’t exactly help him to academic success as he infamously only achieved 2 E’s at A-Level.

However the fact that someone who failed so hard can end up becoming the leader of the opposition may actually prove Labour’s point that these private schools give untalented and privileged elites an unfair advantage over more talented ordinary folk like ourselves.

Instead of lashing out at the elites though I believe the best way to solve inequality is to try a bottom-up approach, such as taking away tax breaks and government funding from these already wealthy schools and investing that into our state schools. If we improve facilities and attract better teachers for state schools, it’s a no-brainer that it will help to ease social mobility for middle and low-income families.

The way to progress should always be about lifting people up from the bottom, not dragging others down to make everyone mediocre. Equality of outcome is simply not natural (you’ll never make me beat Usain Bolt in a race unless you severely handicap him) and must be forced by deeply authoritarian means which punish success and permit failure.

Instead we should be focusing on providing the level playing field of equality of opportunity, so that those who are good enough will get what they deserve regardless of their wealth. In the current status quo it’s also not impossible for state-educated children to go on to be very successful and for privately educated children to be massive failures. While it is the truth being privately educated will certainly give you an advantage, the richest man in the world, Jeff Bezos, was educated in state school.

Even if a Labour government did integrate these private schools into the public sector and they go downhill as a result, surely the elite can just send their heirs to foreign private schools instead. The Elite will always find loopholes to keep their power and privilege, such as avoiding taxes by registering their companies in tax havens like the Cayman Islands.

So what’s to stop them just sending their children off to a prestigious private school somewhere in America or Europe instead, it’s not like being sent to boarding school is uncommon for children from wealthy families.

If Labour want to win back working-class support, they should be promising to invest money into our underfunded state schools. Instead they’re seizing private schools (and putting it on the tax bill) to virtue signal to the far-left middle-class Corbynistas about ‘fighting the power’.