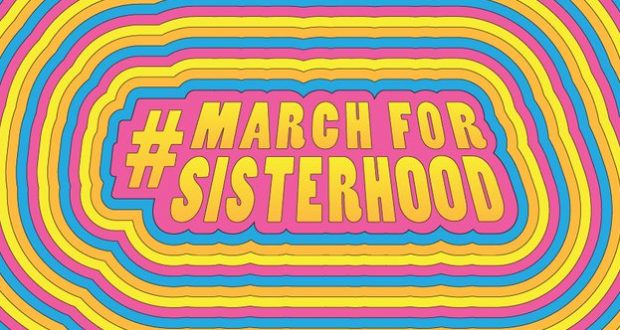 Hashtag of the first digital march

#marchforsisterhood is coming to the Internet

The first-ever digital women’s march is being held on October 11 across all social media platforms, where girls, women and supporters worldwide are posting their solidarity marching videos.

The idea of the initiative came to life through a group of young women who understood that today’s society can make a difference not only on the streets or conferences, but by also using the Internet.

It includes over 100 young activists and community leaders who are passionate about a wide range of issues and decided to be more vocal about it.

Their statment said: “Today, girls—and all who identify as girls—are more connected to one another than ever before. Our ideas and dreams spread quickly from one smartphone to another, allowing us to share our lives with another girl, family, and community a world away.”

The idea of the digital march was introduced by a group of women called Girls Who Code, a non-profit organisation created to help girls decrease the gender gap in the technology sector by helping them to understand and learn computer science.

They understood that the need to be heard doesn’t occur only to more mature women and girls. Nowadays, even children younger than 13-year-old watch news from around the world, and want to participate in the fight for their rights.

Reshma Saujani the CEO of the Girls Who Code organisation said: “There’s a problem we wanted to solve for, which is that young people too often feel unable to participate, to be heard.”

The idea for the digital march is where people young and old, from countries all over the world, of any gender or belief, can post their photos and videos marching for each other.

Connectivity and solidarity are the key messages behind the march, however, the organisers encourage everyone to march for whatever they feel strongly about. They simply want to establish a strong worldwide community that can start to make a difference by firstly starting to exist.

Beyond the idea of networking, the march was created because: “We are Girls Who Code: the core of what we do is empower girls to use technology to change the world,” said Saujani.

Diversity, accessibility, empathy, compassion, inclusion, intersectionality, empowerment, equity. All of it in one #marchforsisterhood.