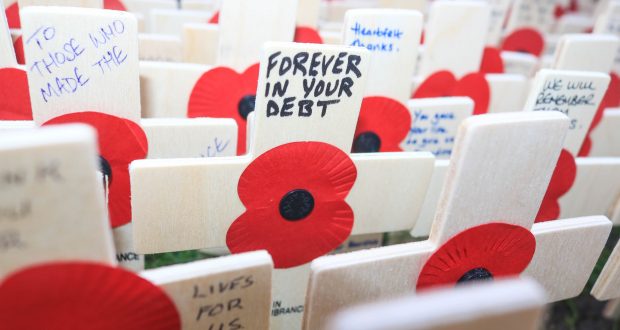 Mandatory Credit: Photo by Amer Ghazzal/Shutterstock (10465034j) Live On volunteers plant crosses in regimental plots in Westminster Abbey ahead of the Remembrance day commemorations on Sunday. Preparations for Remembrance Day, London, UK - 04 Nov 2019 The field of Remembrance will be officially opend by Prince Harry on Thursday.

Rainbow poppies for LGBTQ+ soldiers is not disrespectful

Written by Charlotte Dorans on November 12 2019

“In Flanders Fields, the poppies blow. Between the crosses, row on row…”

Whilst watching the poppies flourish in the battlefields of Northern France and Belgium, John McCrae wrote his iconic poem “In Flanders Field” after serving in the First World War. The poppy later became the symbol of Remembrance Day, representing the resilience and bravery of those who lost their lives. How could such a symbol cause such controversy?

Recently, a picture of a rainbow petalled poppy went viral after a Twitter user spoke against it, claiming that it was ‘disrespectful’ of the LGBTQ+ community and that LGBTQ+ Pride, which takes place in June to celebrate the community, consists of a whole month compared to the one day a year set aside for Remembrance Day. 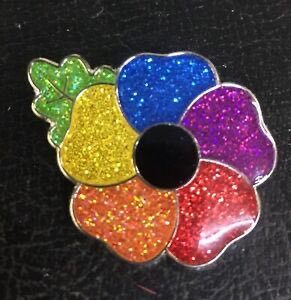 I feel that people should be allowed to commemorate the soldiers in any way they like. I don’t understand how wearing a rainbow poppy is seen as disrespectful. There are other coloured poppies to honour certain groups of people who gave their lives, such as the black poppy to remember the African and Caribbean soldiers, or the purple poppy to remember the animals who died in service. No one has turned their noses up at them and why should they? Everyone who lost their lives deserves to be remembered and honoured, so why is the LGBTQ+ community being ridiculed for their way of doing so?

As a member of the LGBTQ+ community myself, I don’t think that a rainbow poppy is disrespectful to the fallen soldiers. Gay people aren’t trying to overtake Remembrance Day with their ‘gay agenda’, and no community deserves to be slandered for something that they didn’t ask for. The original seller made the rainbow poppies as a sign of respect, and it has somehow been completely warped into something that it really isn’t.

This isn’t the first time the colour of a poppy has caused a heated discussion. Many people think that wearing a red poppy celebrates the justification of war and thus prefer to wear white ones, although some people argue that both represent the same thing. Everyone has a different stance.

The Royal British Legion put it best: “Wearing a poppy is a personal choice, inspired by personal and individual memories and it’s okay to wear different poppies. The best way to wear them is with pride.”