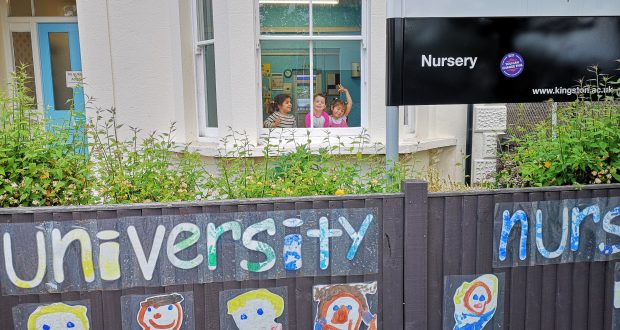 nursery facility, drawings of children in the walls

Families who used the Kingston University nursery were left without childcare facilities this summer.

“It just made it a little bit more inconvenient as I had to travel more to find a new nursery. It’s about an hour from the university and about half an hour to 40 minutes from my house,” said Ms Blackford,26.

Single mother Nadine Milwood believes that the university’s decision to close the nursery was a bad one.

As they were providing a service that was a helping hand for single parents who are looking to get back to their studies.