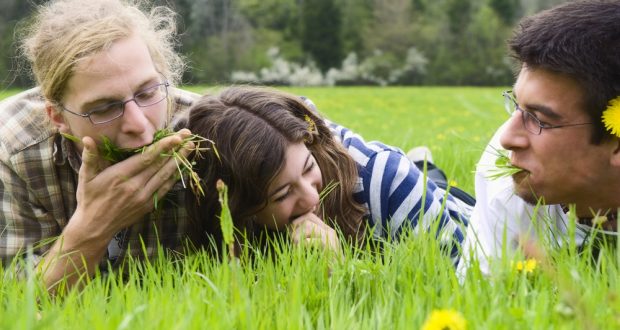 Kingston University students have had some hilarious experiences in halls

Written by Bekka Barnard on December 12 2019

Living in halls is a beautiful experience. It’s a place of community and friendship, a place to socialise and make friends for life. Well, for some – read on for some of the funniest halls experiences so far!

“Everyone knows the foxes at Seething Wells – they keep everyone up and won’t stop screeching in the middle of the night. One time, I got so frustrated with the noise and the grunting that I threw my ground floor window open and tried to scare them away. Little did I know, this time it was actually two people getting it on in the bushes across from my room!”

“One time my friends and I were watching a horror film whilst eating takeaway. I had already eaten, but I ate anyway and I was starting to feel really full, like almost too full. Then, my other friend burst through the door to scare us and it made me jump so badly that I threw up all over the pizza boxes and her duvet.”

“I always lock my door when I go to sleep now – a couple of days after we had moved in, my flatmate came back steaming drunk, walked into my room at 2 am and started using my bathroom, thinking it was his! We laugh about it now but at the time we had barely said two words to each other.”

“I was running late for class one day and I’d just got out of the shower, and quickly ran into the kitchen to make some toast. I ran back to my room, got dressed and left. Later on, I got a picture text from my flatmate saying, “Forgetting something…?”

I’d left my clothes, which included my pants, on a chair in the kitchen whilst I was rushing to make some breakfast…absolutely mortifying.”

“I had this one flatmate who was so rude and would completely ignore us. One time, me and my friends all went out, and I got a phone call from one of our mates telling me that the fire brigade had been called to our flat. We got an Uber back as quickly as possible, and when we walked in, the oven door was burned to pieces and the floor in front of the oven was black – then she tried to blame it on us!”

“My lazy flatmate would never do his dishes, leave mouldy food in the fridge and would never take out the rubbish when it was his turn. At one point, we even had flies. One day we’d had enough, so when he left we put all his dishes on his desk, left the bag of rubbish on his bed, put all the mouldy food on his windowsill and left the window open. Needless to say, he was not happy with us, but we got our message across and he cleaned up after that!”