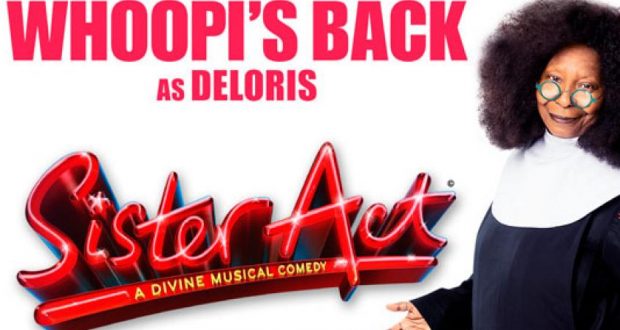 Written by Catherine Poole on January 25 2020

This past year has been both a blessing and a curse for theatre. The blessings being some incredible new additions such as Waitress and Dear Evan Hansen straight from New York’s Broadway. Come From Away continued to make audiences cry night after night, while longest-running musical, Les Miserables, had a sell-out all-star staged concert. Whereas the film adaptation of Cats was a complete curse on the Andrew Lloyd Webber musical. Now that’s an image The River will never forget.

Sunday in the Park with George (Savoy Theatre)
Jake Gyllenhaal is set to make his West End debut in  Stephen Sondheim and James Lapine’s critically acclaimed musical as it lands in the Savoy Theatre in June 2020. The musical follows painter George Seurat’s struggles to complete his most famous painting, A Sunday Afternoon on the Island of La Grande Jatte. One of the fasting selling musicals of Broadway, this show is not to be missed – it is not your average Sunday.

Frozen (Theatre Royal Drury Lane)
We cannot let this one go. It’s a story that melted the hearts of both children and adults, and it’s finally coming to the Theatre Royal Drury Lane. Coming to the stage in October with brand new songs for sisters Elsa and Anna, we are sure it will be a must-see spectacle -a story that will make you smile, cry and Olaf.

Evita (The Barbican)
Following the life and death of Eva Peron, spiritual leader of the nation, Evita is being revived at The Barbican following its successful run at Regent Park’s Open Air Theatre last Summer. Featuring chart-topping songs including Don’t Cry for Me Argentina, Another Suitcase in Another Hall and Oh What A Circus, it is guaranteed to be a tear-jerker.

Joseph and the Amazing Technicolour Dreamcoat (The London Palladium)
Andrew Lloyd Webber and Tim Rice’s classic musical is making a return after its successful run in 2019 at the London Palladium. Jason Donovan is set to reprise his role as Pharaoh, and the remaining cast will be announced shortly. We cannot wait to see the coat of many colours grace the stage for a limited run this Summer.

Sister Act (Eventim Apollo)
Who would have thought that 2020 would be the year that Whoopi Goldberg would reprise her role of Deloris Van Cartier alongside Jennifer Saunders as Mother Superior? Destined to be one of the biggest musicals of the year with its star-studded cast, Sister Act will run for just 39 performances in July, telling the story of a lounge singer who hides in a convent and makes an impression among the nuns. Get your tickets now!

Hairspray (London Coliseum)
Michael Ball is not stopping the beat any time yet as he revisits his Olivier-award winning role of Edna Turnblad, the mother of a plucky teenager who dreams of dancing on a TV show. Hairspray highlights issues surrounding race, society, and doing what you love, and we cannot wait to see this bright musical return to the West End.

Pretty Woman (Piccadilly Theatre)
2020 is looking to be a big year for film-to-stage musicals. This show follows the story of a man who falls in love with a prostitute he paid for. A risky move for 2020 but with an original score featuring Roy Orbison’s iconic song Pretty Woman, it will be interesting to see how the film has been adapted for stage.