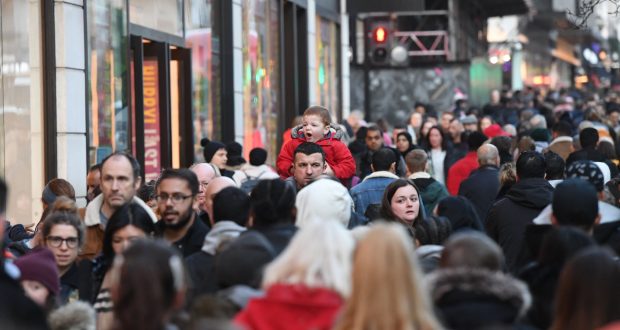 Written by Catherine Poole on February 4 2020

Working in customer service means that you always have a story or two to tell, especially when there is a Karen demanding to talk to your manager.

Catherine Poole talks to KU students who have had their fair share of traumatic customer interactions.

“I work part-time in a lingerie shop which has an adult section. I was working in the changing rooms when a woman came in to try on several pairs of underwear. Little did I know, until she started moaning loudly, that she had managed to smuggle in one of our sex toys. She left it on the side, used, and then proceeded to leave the shop and head into the Disney store opposite. I’m traumatised.” – A psychology student

“I was working on the tills of a hectic high street store. A boy had started whining in the queue, and I soon discovered that the child had wet himself. It wasn’t a big deal – the mother had wipes and proceeded to mop up and calm her son down. They came to my till and put down all the things she wanted to buy with her hands that she had not yet washed. I had to serve the lady, and I immediately sanitised myself afterwards. Then, as they were walking out, the kid saw something, ran over to it and started picking things up, playing with toys and books all while wearing the damp and dirty trousers he wet himself in. I was amazed as the mother did the same thing, and I watched them go around the shop once more taking their time. They touched everything with their urine-covered hands. I made an excuse and ran off to hide in the stockroom before they came to the tills again.” – Rebecca, journalism student

Worth a (camera) shot!

“A man came into the pub I work at for a meal. He was very talkative, and it took me over 20 minutes to take his order as he informed me of his entire life story. He had offered to pay me £250 if I would accompany him to the hospital while he had a colonoscopy (a camera up the bum), and even asked my boss if I could have time off work.” – A graphics student

“I work in a pub, and it was a busy Saturday night. I was bringing out two desserts from the kitchen when a customer walked past me on the way to the toilet. She acknowledged how nice the Rolo cheesecake looked and proceeded to take the Rolo from the top of the dessert and walked off. It wasn’t her dessert, and the worst thing was, it was the last slice of cheesecake too.” –  Storm, fine art student

“I work for a designer-brand shoe store, and as part of the uniform, we have to wear the latest stock. I was serving a customer who threatened to kick me because she wanted to buy the shoes that I was wearing, but we were out of stock in her size. I reported her to my manager, and she was asked to leave.” – Lauren, English language student