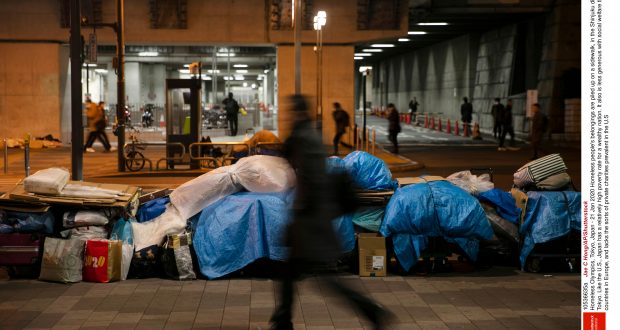 Kingston University students encourage others to help the homeless

Students at KU have encouraged their peers to help the vulnerable following a rise in homelessness in Kingston.

Emily Hill, 27, who before coming to KU volunteered every Friday at a breakfast kitchen for the homeless in York, and Jasmine Barrett, 22, who has set up a crowdfunding page for helping the vulnerable, have both recognised the need to help the homeless.

Barrett said: “Raising awareness and fighting for the rights of homeless and vulnerable people is probably the easiest way for students to help, especially if they do not have any money to spare.

“Supporting the charities in your local area by donating cans of food or even just £1 is helpful too.”

Between 2014 and 2019, Kingston saw a 65.9 per cent rise in the use of temporary accommodation, with it being estimated that 2,317 people do not have a fixed address or are sleeping rough.

Hill, a first-year human rights and social justice student, has said that the university should be doing more to promote charities to encourage volunteering.

She said: “There could be more exposure to local charities and ways that we, as students, can help.

“There is a volunteer department, but I only found out about this a few weeks ago, so it’s not very well advertised.”

Barrett, a third-year English language, linguistics and creative writing student, volunteered at a soup kitchen in her hometown of Newbury in September and October 2019 and even spent her birthday there.

“I did so as I felt I didn’t need any gifts but wanted my friends and family to help me fundraise for people who needed more things than myself so that I could purchase food and essential things for them,” Barrett said.

Back at university, neither Barrett nor Hill have time to volunteer, but both plan to do so in the future. Meanwhile, they continue to raise awareness through social media.

Hill believes the Government should be doing more to encourage helping the homeless.

She said: “I think the Government need to make some big changes. An increase in mental health services funding is the biggest thing but also more encouragement on those that can volunteer.

“Students and schoolchildren should be given more incentive and information on how to volunteer.

“It’s difficult to start volunteering for the first time. It can be really daunting.”

According to the Richmond and Twickenham Times, in the last five years, homelessness has risen by eight per cent, and more people are finding themselves vulnerable.

Barrett said: “A lack of funding for vulnerable people, and more tax breaks and funding for the rich mean that gaps between classes is increasing.”

She believes that homelessness should be prevented from worsening by funding more soup kitchens like the one she volunteered in, as they not only provide food but also “job and housing connections, and help people get back on their feet”.

Head of fundraising and communications at homeless charity SPEAR, Heidi Shrimpton said: “It is most valuable when students take up a weekly volunteer commitment with the charity so that they can understand the different dimensions of our work.”

There are several ways students can get involved with helping the homeless and for more information call SPEAR on 020 8288 6506.