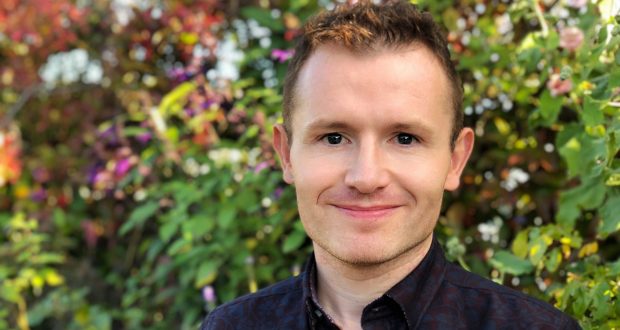 Male rape survivor speaks out against the stigma

Our society has many myths. The myth that only women can experience sexual violence is one of them. Recently, Reynhard Sinaga was convicted for 159 sex offences and has been titled as Britain’s most prolific serial rapist. Sinaga would target men leaving nightclubs and bars, using date rape drugs to sedate his victims once he’d lured them back to his flat in Manchester.

As a young man fresh out of his small northern hometown at Manchester University, Alex Feis-Bryce was excited and ready to finally explore his sexuality.

But his first experience of adult nightlife would end in a nightmare that would change his life forever.

“I was on one of my first ever nights out in the Gay Village in Manchester,” says Feis-Bryce, who was then 18.

“Every time anyone noticed me I felt validation.”

He is the new head of the male rape and sexual abuse charity Survivors UK, and the story of rapist Reynhard Sinaga has brought back painful memories of his chillingly similar experience while at university.

He told The River: “I didn’t think that there would be anyone else out there who would have experienced what I did.”

Now he has channelled that pain to help fight the taboo of male sexual assaults and help the many victims who stay silent about their trauma.

For the first time, Feis-Bryce says: “I didn’t need to feel shame for who I was.

“I was out with a friend, and we were both invited to a house party by some guys we met in a bar. We decided to go and got into their car, but my friend changed his mind at the last minute and got out.

“I’ve spent many years regretting the fact that I chose to go without him. When I arrived, I was given a drink, which I believe had been drugged.

“I soon became very tired and was taken up to a bedroom by the owner of the house. Not long after he came back into the room and raped me.”

“The weeks that followed were filled with hazy memories of that night, the picture becoming clearer with each one. I remember not being able to move my body or fight him off but knowing what was happening and asking him to stop.

“I remember feeling at fault and like I’d made so many bad decisions that night. I was too ashamed to tell people.”

Feis-Bryce never contacted the police because it never crossed his mind. He still regrets not contacting the police when he had the chance.

“Perhaps that’s why I’ve spent much of my adult life working in organisations supporting survivors of sexual violence.”

The stigma surrounding male rape prevents many men from speaking out about their experiences.

The concept that rape is purely exclusive to women is also particularly harmful: “The idea that rape is something which only happens to women, which was ingrained in my consciousness, was a big issue for me.

“There are so many barriers to anyone reporting rape,” says Feis-Bryce.

However, men face the added pressures of toxic masculinity, a lens through which sexual victimisation is deemed impossible. The lack of general awareness is another reason why the majority of men do not report sexual violence to the police.

The issue of under-reporting severely affects the public perception of male rape and consequently stops survivors from seeking support.

“That feeling of being alone is silencing,” admits Feis-Bryce.

For Feis-Bryce, sexuality was another contributing factor as to why he felt afraid to share his experience and reach out.

“I thought telling people about what happened would make everyone realise that I’m gay,” Feis-Bryce says. In an already vulnerable position, coming out could have increased that vulnerability.

Feis-Bryce adds: “I wasn’t ready for that at the time.”

Based on over 600 records of male sexual violence, only four per cent of male adults reported their abuse to the police, according to Survivors UK client data.

Despite this, government data from 2014 to 2018 said there was a 201 per cent increase in the number of men and boys accessing support services, like Survivors UK.

“The availability of support services for men has increased in recent years, and more resources have been made available for organisations like ours,” Feis-Bryce says.

The Government began funding male support services for the first time in 2014, which has had an impact.

However, Feis-Bryce says that there is still a long way to go, particularly when units and support services face brutal budget cuts, such as the dedicated Sapphire units of the Metropolitan Police Service which were disbanded last year.

The myth that rape is something which only happens to women even affects accessible male rape statistics, Feis-Bryce explains.

Feis-Bryce explores the issue that male rape data is often merged with female rape data. Therefore, masking the true statistics of male rape and casting the illusion that male victimisation is rare.

Despite this, an estimated 12,000 men are raped in the UK every year, and more than 70,000 are sexually abused or assaulted, according to Survivors UK’s website.

Feis-Bryce says: “Any support for people experiencing sexual violence is probably tailored to women.” The effects of date rape drugs can also be used to silence those who believe they may have been sexually violated.

As Feis-Bryce’s story makes clear, the effects of date rape drugs make your memory cloudy. The lack of representation of men in rape and spiking statistics is very apparent.

Research by the BBC Radio 5 Live Investigations Unit executed last year found that there were at least 2,650 reports of drink spiking in England and Wales between 2015 and 2019, with 26.3 per cent of reports coming from men.

Underreporting of male rape adds to the illusion that it is female exclusive, and while those like Feis-Bryce are actively trying to break down the stigma of male rape, we still have a long way to go.

If you or someone you know has experienced anything addressed in this article, reach out to Survivors UK: help@survivorsuk.org / 02035983898

She explains: “The stigma and shame that may be experienced as a result of being sexually violated in this way may prevent [men] from reporting”.

Dr Jamel has previously evaluated the Metropolitan Police Service’s response to male rape survivors. She adds that public perceptions of homosexuality may also prevent men from talking about sexual violence.

“There may still be the public perception that the police may not believe them if they are gay,” Dr Jamel explains.

Alternatively, a straight survivor may be afraid of being perceived as being gay, despite societal progress made in accepting the sexuality spectrum.

Despite this progress, she says “awareness still needs to be raised at a national and international level of the sexual victimisation of males”.

Dr Jamel continues: “Not knowing exactly what happened or who sexually violated them, they may not have felt confident in reporting to the police.

“There is limited available research on drug-facilitated sexual violence against males.”

Consequently, Dr Jamel says the figures are difficult to gauge.