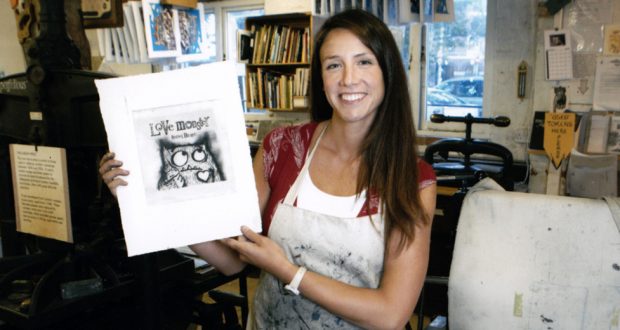 Written by Steph Spyro on February 7 2020

A KU graduate’s hugely successful book has inspired a new CBeebies series to teach children that it is okay to make mistakes.

Rachel Bright introduced her hairy little character called Love Monster to young viewers in January when he made the leap from the page to the screen in a new animated TV series.

Talking about Love Monster, the former graphic design student said: “I like to think of him as a metaphor for our everyday life.

“We’re all a bit like Love Monster somewhere inside, whether you’re two or 102, we’re learning as we go along.

“Love Monster was always about the things that bring us together, and connect us as human beings like love, kindness, empathy and passion – but also fallibility – the sense that it’s okay to make mistakes. 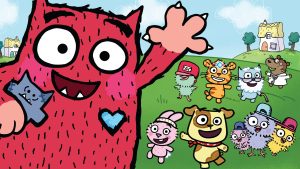 “I think it’s an important message for kids especially that while expectations are high for us to always know what to do, it’s okay to not know and then find out and use that new knowledge into your next adventure.”

Bright graduated from KU in 1999 but said that she still talks about her time at Kingston.

“The course was not like any other graphic design course you might find elsewhere in the country. It was a degree in thinking or learning to unthink.

“A lot of my paradigm shifted in perspective and my appreciation for the wonder of life, which I already had, was enhanced and informed by my time at Kingston,” she said.

The children’s author wrote Love Monster in 2011 and published it the year after in a series of four picture books which have sold over a million copies and have been translated into 38 languages.

Talking about the launch of the Love Monster show on the BBC-operated channel for young children, Bright said: “It’s been a bit like living in a parallel universe. Seeing one of your characters leap from the page to the screen, walk and talk and go on adventures is the best thing ever really.”

She has been closely involved in the creative development of the 54 episodes which first aired on January 27 and said that Love Monster’s “exciting” journey off-screen, where he will meet children and parents, is in the process of being planned.