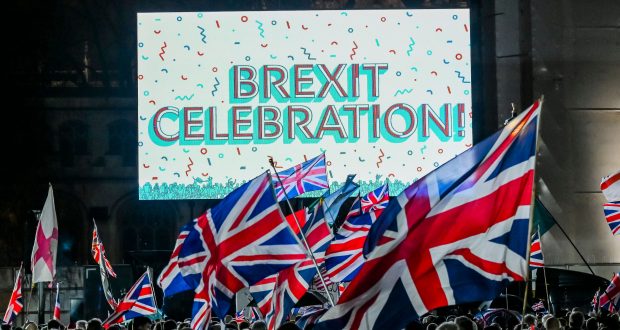 Are Kingston University students wishful or naïve over Brexit?

A River survey revealed that 25 per cent of students think Jeremy Corbyn has been the person who has benefited the most from Brexit. Are they stubborn or deluded?

At 11pm last Friday, Britain left the European Union, and the country did not crash and burn… yet.

The political landscape has completely changed since the day of the referendum back in 2016, and there have been two different Conservative leaders in the last three and a half years.

Despite the fact the Conservative Government had its most decisive win this year  since 1987, a significant number of students believe that Corbyn has been more successful.

How could anyone even think this?

While just under half of Kingston University students consider Boris Johnson as the individual who has benefitted the most from Brexit, the fact that anyone could think Corbyn had benefitted more is baffling.

This is a man that has attempted and failed several times to become prime minister and the public clearly do not want anything to do with him.

In the last election, Corbyn was at the helm when the Labour party recorded the lowest number of seats in parliament since 1935.

In what world has he benefited the most through Brexit?

The fact of the matter is the Corbyn experiment has failed, and it is time for his young followers to accept this and move on to whoever is next.

I do respect Corbyn. I agree with him on several issues, but there is wishful thinking, and then there is just lunacy.

The survey conducted in Kingston university showed that despite over a quarter of the students being glad Brexit finally happened, 27.6 per cent, over two thirds, 67.1 per cent, felt things in Britain would get worse.

Also an overwhelming majority of students, 64.1 per cent, think that despite Britain now leaving the European Union, Europe should be our closest allies.