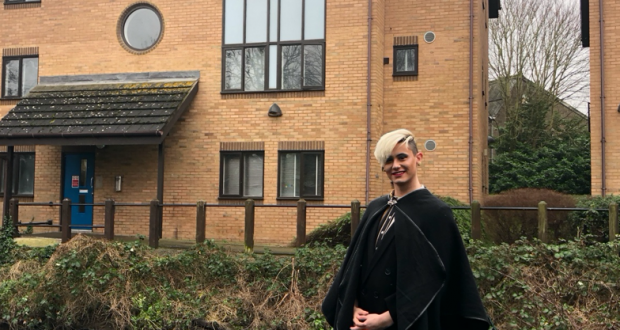 LGBT+ housing to come to KU

Written by Ella Devereux on February 10 2020

Students might soon be able to opt-in to a new LGBT+ accommodation scheme as part of an initiative for safe space housing, the Union of Kingston Students said.

A motion was passed to offer LGBT+ blocks of flats for students applying to live in halls of residence, at the annual National Union of Students conference on January 16.

The motion declared that housing is a fundamental area of inequality for LGBT+ students.

Kingston University’s LBGT+ Representative Shane Simpkin, who campaigned for the motion, said: “This is a necessary step to letting students really choose. Think about what we’re saying when we do this.

“We’re saying, ‘We’ve got this for you, to make sure that you are comfortable’, and that is really important.”

The process would involve a reshuffle of existing flats in KU’s halls of residences so that those who opt-in as LGBT+ would be allocated a room with other people who have done the same.

Simkin suggested that when applying for accommodation on the OSIS portal, a student would be able to opt-in for LGBT+ allocation.

First-year illustration student Kit Kongdon said: “Given the opportunity, I would have opted in, as all current issues in my flat are more often than not caused by people who are not very understanding of the LGBT+ community.

“It’s really important to have spaces like this for LGBT+, to be alongside people just like them. I think a lot of people in the community worry about discrimination or not fitting in.”

LGBT+ charity Stonewall found in 2018, 42 per cent of LGBT+ students hide their identity out of fear of discrimination.

Offering opt-in housing is one way the University is attempting to improve the wellbeing of LGBT+ students.

The accommodation teams and the equality, diversity and inclusion committee would be involved in authorising this scheme, which could take around six months because of the extent of discussions that would have to take place.

Once approved, Kingston will be one of the first few universities to offer this type of housing scheme, following in the footsteps of Sheffield University, who have had a lot of positive feedback since introducing the housing option to LGBT+ students.

A Kingston University spokesperson said: “The next step is for the Union to inform the University, and we will take things forward and discuss further.”