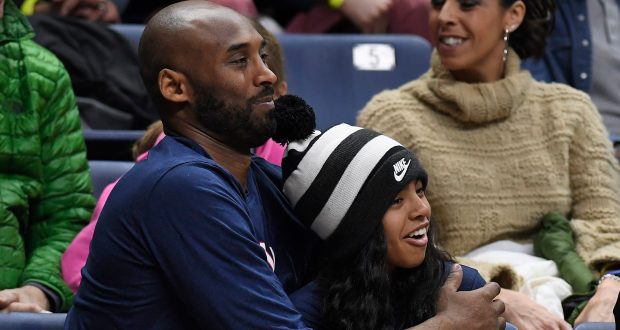 Kingston University’s basketball team have paid tribute to the sports legend Kobe Bryant after his untimely death at the end of last month.

Before the start of their match, the team honoured Bryant along with the seven others who lost their lives in the helicopter tragedy on January 26 with a minute silence.

Kingston basketball team member Yelle Agunpopo said: “I was so depressed when I heard about Kobe’s death, I had a lab report due the day after and I didn’t even go to it.

“My mum and my brothers called me saying they were upset because they all loved Kobe and loved his work both on and off the court.”

Bryant was widely renowned as one of the greatest basketball players of all time, an eighteen-time all-star, five-time NBA champion, and one-time season MVP.

The basketball legend’s daughter, Gianna, was also on board the helicopter at the time of the disaster and Agunpopo was keen to express how Bryant was trying to expand the women’s game which his daughter played.

The Kingston basketball player said: “He [Bryant] was helping to build up both women’s basketball and the career of his daughter.

“In all, he was trying to create more of a name for the women’s game so that one day his daughter could get to the same level as him.”

Bryant was drafted into the NBA straight from high school and spent his entire career playing for the Los Angeles Lakers.

The Kingston basketball team expressed how Bryant’s impact has affected them, not only while playing basketball but in their everyday lives.

Tzio Essel, a teammate of Agunpopo, said: “When I started playing basketball he was the best player in the league so a big inspiration for me.

“His whole mentality is about hard work and perseverance, and I feel like that impacts me to become an embodiment of that. I think everyone in this generation of basketball players feels the same.

“He always strived to be the best, and when you are the best, you have an ego, but Kobe had the perfect balance of humbleness and cockiness.”

After his retirement in 2016, Bryant found his true passion in life, which was being a good and much-loved father to all of his four daughters.

Both Agunpopo and Essel were quick to highlight the influence that Bryant had, not only when on the court playing basketball, but also in everyday life and the work which they do.

Agunpopo, who studies biomedical science at Kingston, said: “Kobe taught me to work hard every day, don’t stand for second best, be the best that you can be and get the best grades you can achieve – basically, just work hard at everything you do.”

Essel said: “It puts into perspective how short life can be, you need to make every moment count.

“His legacy will continue on, his academy will become more impactful, and he will always be remembered as one of the all-time
greatest basketball players to grace the court.”