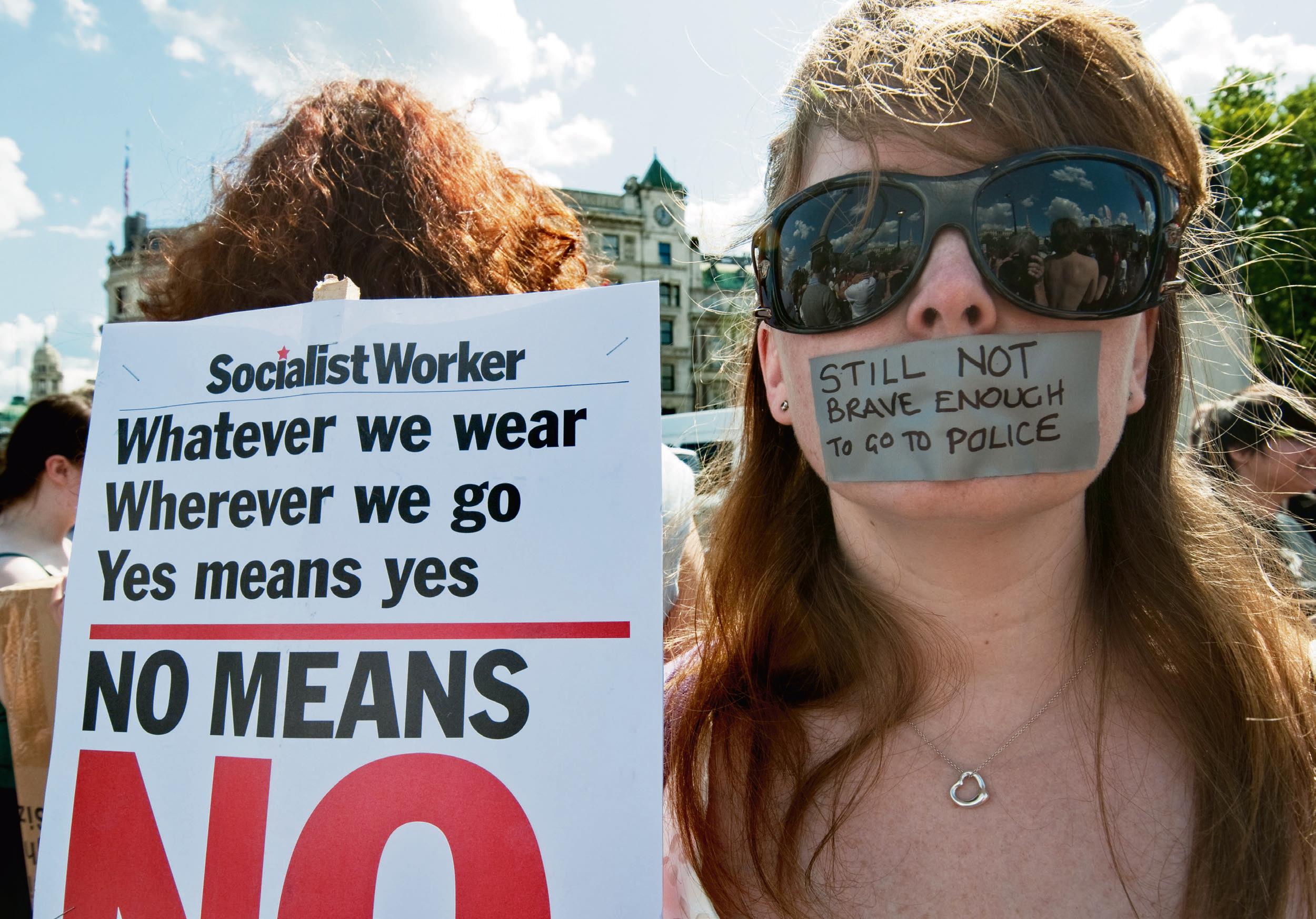 Rape victims are not the sinners

Written by Elizabeth Stromme on November 1 2014

Let us place the shame of rape where it belongs – with the perpetrator and not the victim.

As a girl, I was told “don’t get raped” before I even understood the concept, and it is infuriating. How dare people place fault on young girls – it is not like girls walk down the street with signs saying “please rape me”.

Women have a degrading notion enforced upon them, because if they are raped it is obviously their fault, and as females, we must understandably adjust to those who were not taught that no means no.

There is a popular belief that rape is a crime only committed by psychopaths jumping out of a dark alley at night attacking a girl at random.

The truth is that Home Office figures suggest that one in five of reported rapes are perpetrated by partners or ex-partners.

Someone’s rapist is often someone they have a relationship to, so how is a girl supposed to “not get raped”?

Knowing the perpetrator makes the crime harder to report because there is a stigma attached to it, a suggestion that you may have instigated it somehow, and perhaps that is why we do not like discussing it.

We refuse to discuss the actual possibility of it happening to us because the reality of the truth is terrifying: it could happen to anyone, anywhere, at any given time.

It is a crime beyond our control.

The National Office of Statistics (ONS) recently released the official 2013-2014 crime figures and it revealed that reported sex crimes, including rapes, have increased by 29 per cent nationally.

These numbers should send shivers down anyone’s back because rape did not suddenly increase in one year – these figures prove that a shocking amount of rapes and sexual crimes are going unreported, and we must address it.

Why are these victims not coming forward – what is holding them back?

Maybe it is the denial that some victims face after the attack .

After all, we are raised to believe that someone we know would never take advantage of us.

But with this attitude we might as well condone it – after all, if you cannot see the problem there is obviously no problem there, right?

A survey done by the NUS in 2010 revealed that of the 2000 students asked, one in seven of them had experienced a serious physical or sexual assault, and that most of these crimes went unreported.

These girls were at university – they are educated and yet they did not report the offence committed against them, why?

A KU student who talked about her rape to The River answered this question brilliantly: “I don’t want to be labelled as the girl who got so drunk that she got raped.”

And there in a nutshell is the problem – being labelled.

As if it is obviously her fault.

It is problematic when victims of sex crimes do not come forward because they lack faith in police or are too ashamed to face what happened, but we cannot really fault them.

We are the ones who make them feel ashamed by not addressing rape in the first place.

So perhaps it is time we start talking about rape so we can get the actual number of victims on the table. If we address the issue, we can end the shame of being exploited and place the shame where it belongs.

Ashamed should be the person who took it upon themselves to violate another person in the first place.