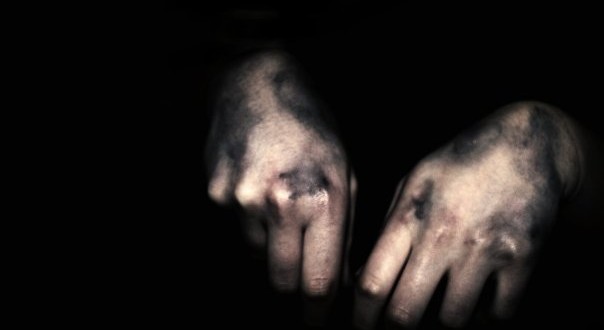 Gang who hired cab to hunt for robbery victims convicted

Written by Dawn Bonar on December 5 2014

A gang of violent thieves who targeted a woman coming home from a night out have been convicted at Kingston Crown Court on December 1 for robbery.

One man was convicted for robbery and fraud in his absence and a warrant was issued for his arrest, while two men were convicted on the same charge following their trial at Kingston and a fourth man was found not guilty of robbery but guilty of fraud.

Detective Inspector Neil John of the Serious Acquisitive Crime Unit at Hounslow said: “This was a calculated and vicious attack on a lone vulnerable lady in her own home.”

The MET police said in a press release that the gang had hired a cab for the night to cruise the streets of London looking for potential vulnerable victims.

Whilst being driven around, they singled out a 59-year-old woman on her way home; they spotted her on Kensington High Street taking out money from a cash point.

At this point the statement said two of the men got out of the car they were travelling in and compromised her pin number by ‘shoulder surfing’.

One of the men said that the cash machine was broken while another watched her enter her PIN, once the victim arrived home she answered a knock at the door to two young men.

One of the gang members barged the door so hard it hit her face and knocked her to the floor. They then ran into the house, picked up her handbag and ran down the street.

It was later discovered that a credit card belonging to the victim had been used on goods for more than £2000, within 12 hours of the incident.

‘Shoulder surfing’ is on the rise according to figures from Financial Fraud Action UK, this type of fraud involves distracting a cardholder and looking over their shoulder as they enter their PIN, followed by stealing the card.

The robbery was investigated by officers from the Serious Acquisitive Crime Unit based at Hounslow who used CCTV images to identify the car used and catch the gang.

Detective Inspector Neil John said: “A thorough and relentless investigation was undertaken by officers from the Serious and Acquisitive Crime Unit at Hounslow Police Station leading to the arrest of all the gang members who had believed they were out of reach of police.

“The conviction today demonstrates that this sort of behaviour will not be tolerated.”

Sean Hylton, 23, of Abbey Road, E15, and Nsimba Malungo, 23 of Abbey Rd, E15, were convicted of robbery and fraud following a trial.

A third man, Imran Naiim, 21, of Ranelagh Rd, E6, was also convicted of robbery and fraud in his absence and a warrant has been issued for his arrest.

Younis Kamali, 19 of Priory Rd, E6, was found not guilty of robbery but found guilty of fraud.

They will be sentenced on December 18 at Kingston Crown Court.

Minicab driver Alexandra Pascu, 30 of Pickering Road, Barking, was found not guilty of all charges.