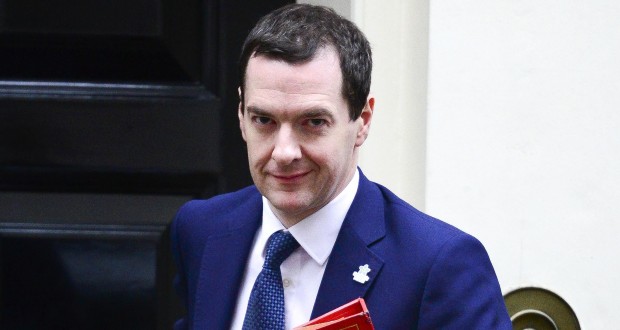 £10k loan in sight for postgrads

KU students will be able to get a £10,000 boost to study at postgraduate level – potentially helping them earn thousands more once they start their careers.

The loan scheme, which is aimed at making masters degrees courses more accessible to students across the country, was unveiled in last week’s Autumn Statement by Chancellor George Osborne.

KUSU president Denza Gonsalves said: “The loans are a great step in the right direction as money is one of the main reasons people are not applying for postgraduate courses.

“The amount of postgrad applications has declined a lot over the last few years in Kingston as well as nationally and I think this new system will be a good motivator.

“Of course some people will leave university with a lot of debt. But from a student perspective, especially those of a poorer background, if there is anything that allows them to take up higher education, we want to encourage it.”

The Government believes the loans, which will initially be available for all courses, will be taken up by around 40,000 students – 10,000 of whom would not otherwise have gone on to study at postgraduate level.

Research by the education think tank, the  Sutton Trust, found that those with postgraduate degrees can earn over £5,000-a-year more than those without an MA or MSc – or about £200,000 extra over a 40-year working life.

A KU spokeswoman said the University would take up the bursaries made available by the Government for students who are applying for a postgraduate course in the academic year 2015-2016.

“The University welcomes this change and hopes that it will enable more of our students to further their studies by taking a postgraduate degree,” she said.

“Kingston University will be bidding for these bursaries and actively considering what further support packages it can offer for those graduates who wish to start their programmes in 2015-2016.”

Although the exact details of the loans will not be made public until the end of December, Mr Osborne said that they will use the same system as undergraduate loans for paying off the debt.

Mr Osborne said: “Until now there has been almost no financial support available, and the upfront costs of postgraduate degrees deter bright students from poorer backgrounds.”

The loans come at a critical time where postgraduate application numbers have dropped. Although more and more jobs demand a postgraduate degree, only about 11 per cent of professionals have one, according to research.

Initially the loans will be available for students applying to all courses, full-time as well as part-time, but the Chancellor said it could be limited to science, technology, mathematics and engineering subjects in the future.

One potential problem is that the scheme only comes into effect in academic year 2016-17 – meaning that third years leaving next summer would not be eligible to apply yet. One possibility is for students to take a gap year before applying in 2016.

KU’s faculty of arts and social science (FASS) already provides a postgraduate discount between 10 and 25 per cent to undergraduate students who are eligible for the scheme.

Third-year media student Charlie Young said the change in legislation would help her to manage her future career. Although she will still need to take a gap year between her BA and postgraduate course, she said it takes a lot of pressure away.

“It gives me the chance to take up internships and get experience in media rather than go for a job that pays well just to finance my postgrad,” she said.

“Just the fact that I am sure I can do a postgraduate course without depending on a scholarship or something is such a weight off my shoulders.”

Miss Young said she felt the debt she will have to pay off at the end of her studies was a small price to pay for the opportunity.

“I know that there will be a lot of debt,” the third-year said. “I even considered not going to university after the £9,000 tuition fees were announced.

“But at the end of the day, a postgraduate degree will make it easier for me to find a good job, a job that pays better.”

Of students who graduated in the summer of 2012, 86.6 per cent of postgraduates and 64 per cent of undergraduates got a job within six months, a study by the Higher Education Statistics Agency showed.

Megan Dunn, NUS vice president for higher education, said that the loans will make a fundamental difference to the opportunities of potential students.

“Many postgraduates are currently funding their study through potentially disastrous measures such as credit cards, overdrafts and personal loans,” she said.

Over the last few years, postgraduate students had to fund their own course. HSBC and Barclays provide postgraduate loans, as well as specific lenders like GraduRates and Future finance.

A study by the Commons Business Select Committee predicted that around 45 per cent of students will never repay their first student loan, let alone those who also borrow money for their graduate programme.