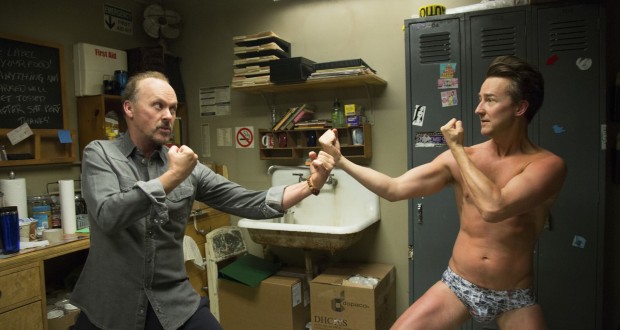 As the camera zooms in on Michael Keaton floating in mid-air meditating, wearing only white briefs, for the opening shot of Birdman, you start wondering what kind of weird film this is. It only gets weirder when a Bane-like voice appears and starts talking, only to be interrupted by a Skype-call.

Birdman is indeed weird. And surreal and bizarre. But it is also deeply moving, funny and filled with a series of unexpected turns.

Keaton, best known for his performance as the original Batman, plays Riggan Thomas, a washed up Hollywood actor who is struggling to rid himself of his best known character “Birdman”, an iconic film series super hero from the 80s. (I cannot be the only one who sees the obvious link between Keaton and Riggan here?) Riggan now tries to make some sort of comeback by writing, directing and featuring in a Broadway show, and the days running up to opening day of the play makes the backdrop for this black comedy.

What follows is a series of peculiar events, among them, a lamp falling down and hitting one of the play’s lead actors in the head, something Riggan claims was his doing in order to get rid of the awful actor and replace him with someone else; the consequent hiring of the notorious, volatile Broadway star Mike, played unambiguously and convincingly by Edward Norton (Fight Club, American History X); unpleasant confrontations between Riggan and his fresh-out-of-rehab daughter Sam (Emma Stone); a most uncanny hangover; and most importantly, Riggan’s ups and downs in his belief that the play will be successful.

Riggan’s constant self-doubt is probably the most engaging aspect of the film. His old character “Birdman” has presumably followed him around for the past decades, an alter ego that seems to be conveying “the truth” but actually only wears Riggan down and stokes his insecurities. “Birdman” is both Riggan’s best feature, and his worst enemy, mostly being invisible, but sometimes appearing in his feathered suit and beak-nosed mask. The super hero version of Riggan makes him believe he can fly and move things with his mind, boosting his ego, at the same time as persistently reminding him how useless and untalented he is. This classic play on schizophrenia is clever and absorbing, and Riggan’s general feelings of self-doubt are completely relatable; insecurity is something that is at the core of every human being. 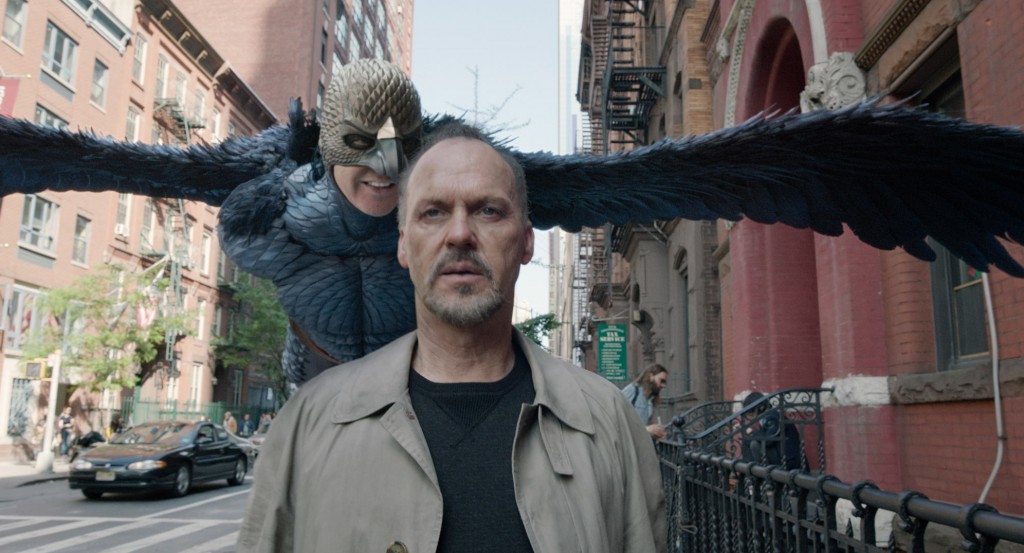 Director Alejandro González Iñárritu is in satirical more with Birdman, bringing attention to Hollywood’s treatment of old blockbuster actors. The choice of filming it in only one, continuous shot creates an interesting effect which makes you surprisingly attentive and generates the hectic feeling that there is constantly something going on. The film provides several nail-biting, seat-edging cliff-hangers.

Birdman is also filled with plenty of humour, like Mike getting a massive boner on stage and Riggan locking himself out from the theatre building during the show, forcing him to run across a thronged Times Square in his underwear while being filmed and tweeted about by thousands of bystanders.

The cast is extremely strong with Keaton winning a Golden Globe for Best Actor (Comedy or Musical), and an impressive Zach Galifianakis (The Hangover), playing one of his more serious roles as Riggan’s agent. Birdman won the award for Best Screenplay at the Golden Globe ceremony last Sunday and deserves all nine freshly released Oscar nominations. One of the big hits of 2014, this is not a film to miss. 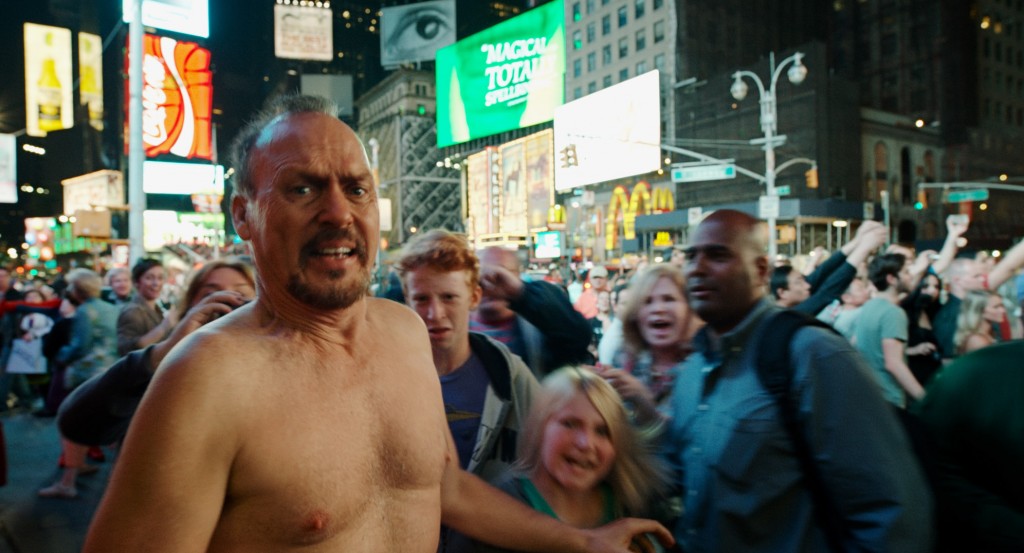 Birdman is currently being screened at Odeon Kingston.