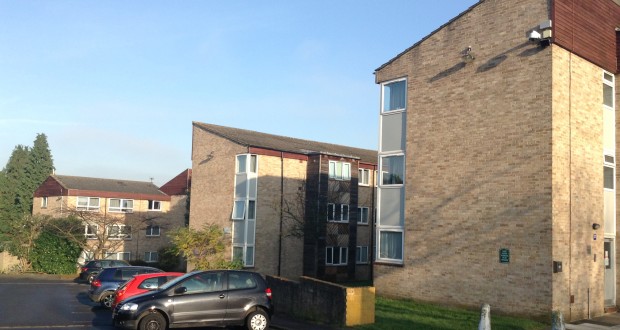 Written by Victoria Armstrong on January 23 2015

KU students have been warned to be on their guard after undergraduates were flashed by a man exposing himself near a halls of residence.

Last weekend, three students were flashed near Clayhill by what was believed to be the same man, who was described as tall, white and dressed in black.

It follows at least two incidents at the end of last semester when two women were approached, on separate occasions, by a man who had followed them on their way home to Clayhill halls of residence.

Police are investigating the incident and have increased patrols in the area while tips on keeping safe have been sent to students.

Detective Chief Inspector Claire Moxon of Kingston CID said: “Kingston borough are investigating a small number of offences where a man is alleged to have exposed himself to young women. Because of this we have increased patrols in the area and we are carrying out a thorough investigation.”

She added: “While no one has been physically harmed, we fully appreciate how distressing and frightening these crimes are and we will do all we can do bring the person responsible to justice.”

One of the women who had been flashed, a 20-year-old student and resident at Clayhill, said she had been walking home from work when she was approached by a stranger on December 14.

The social sciences student, who cannot be identified for legal reasons, said: “I was getting close to Clayhill and behind me I could hear footsteps from one of the front gardens on the street.

“I turned around and there was a man standing right behind me. I asked him if I could help him with anything, but when I looked down I noticed he had his penis in his hand. When I saw that I ran all the way home,” she said.

The student said she no longer felt safe walking home from work and that she now pays for a taxi every time she is heading home after dark.

“I don’t feel safe anymore,” she said. “The area around Clayhill is easy to target for someone like him because there are so many young girls walking home at night.”

The student reported the incident to Kingston police and is understood to have identified the man from a series of pictures of suspects.

Another student was on her way home to Clayhill in the early hours of the morning of Saturday 17 January when a man appeared from behind a tree.

“He started walking towards me so I crossed the road,” the 21-year-old said.

“Then he crossed the road as well, so I started walking faster. When I turned around he was unzipping his trousers, and I ran away. I had no idea what to do. There was no one in the area.”

A Clayhill security guard said: “We are doing our best to take care of such inappropriate behaviour. It will all be over soon hopefully.”

A KU spokeswoman said: “After two incidents in the Burney Avenue area were reported to us before Christmas, the University published a piece on the Clayhill Facebook page to warn students to be extra vigilant and to reassure them that the police were on high alert and had increased their presence in that particular area.

“Kingston University takes the personal safety of its staff and students extremely seriously, liaising regularly and closely with the police and producing a great deal of guidance for students on staying safe on campus and, in particular, in and around halls.”

On a Facebook group dedicated to Clayhill residents named ‘KU Clayhill 2014/15 Official Residents Group’, several others have told how they have been followed by a man in the same area.

On a post written on the Facebook group, one female student said: “He followed me and two other girls home too. We picked up the pace and so did he, so then we ran and so did he. He stopped at the entrance of Clayhill.”

The KU spokeswoman said that all Clayhill residents could expect a letter from the University in near future regarding the incidents. A leaflet outlining safety tips has also been distributed.

The Metropolitan Police has advised students to walk home in groups, choose road routes that are lit and to always let someone know where they are going.

Further safety information can be found at www.met.police.uk or at the My Kingston website.