Over half of UK students seek out sex education in pornography, according to an NUS study.

The National Union of Students conducted a study of more than 2,500 students.

The NUS women’s officer and KU student, Elaha Walizadeh said: “There are certain gaps and flaws in our sex education that need to be addressed.”

She said that sex education was not just limited to children but it is an ongoing process as sexuality changed with age.

Walizadeh said: “It is not just the duty of teachers to talk to children about sex education, but parents too need to educate them regardless of their gender.”

She said that there was a stigma attached to talking about sex education and people were ashamed of talking about what is right and were conforming to what was wrong.

75 per cent of respondents said consent was never even touched upon during their sex education.

“There are many campaigns that run various consent workshops across the country, including the We Heart Consent campaign,” Walizadeh said.

Under a fifth of respondents discussed LGBT issues and 75 per cent felt the education they received was not diverse enough.

Campaigns that fight homophobia are crucial too. The NUS women’s officer said the Kingston LGBT society ran a lot of events on safe sex.

“Not all women like men and vice versa, the most important thing is to celebrate diversity,” she said.

Ninety per cent of participants agreed with the NUS and Sex Education Forum who were calling for sex and relationship education to be statutory in schools.

Kingston University student and feminist club president, Nadie Jayatissa, said that people seek out pornography as sex education because it is more accessible and because there is a lack of good alternatives.

She said: “Sex education in schools is very basic and usually only covers heterosexual relationships.” 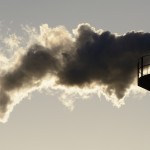 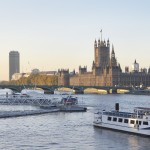