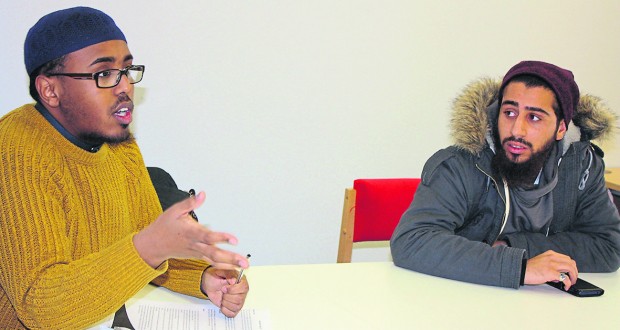 Written by Hanne Olsen on February 9 2015

The Islamic Society at Kingston University has warned that Home Secretary Theresa May’s proposed measures to tackle extremism in the UK would be an attack on freedom of speech.

The proposed bill would put legal responsibility on academic staff to prevent students being drawn into extremism, and guest speakers would be forced to hand in speeches before coming to universities or colleges.

Student Affairs Officer, Bashir Ibrahim, has sent a motion to the Students’ Union urging them to make a stand against the bill saying they are “students, not suspects”.

“I want the Students’ Union to release a public statement condemning this and say ‘we’re not for this’,” Ibrahim said.

“We should be arguing for freedom of speech, not let them limit it.”

According to the Home Secretary the Joint Terrorism Analysis Centre believed more than 500 British nationals have travelled to Syria and Iraq, many of them to fight.

It also includes travel restrictions for suspected terrorists, proposals to exile extremists who travel abroad to fight and to seize passports.

According to the President of the Islamic Society, Haitham Al-Hutmi, Muslim students will be scared of coming to university if the bill goes through.

Al-Hutmi said: “Surely this is saying ‘you’re bound to say something wrong, and we’re going to monitor you until you do.’

“Islamic faith students will see what’s happening around them and they will feel threatened.”

According to Al-Hutmi, the Islamic Society is by the far the most active society in bringing speakers and challenging thoughts and ideas.

The Islamic Society fears that a prevention officer will interfere with their religious practice and even shut down their Friday sermon.

Al-Hutmi said: “From what we’re gathering from the information, there will be a stronger control on how Muslims practice their religion.

“We’ve been doing this for about 12 years and there’s been nothing that’s come out of the Islamic Society that has been deemed radical.

He said: “We need to keep British citizens safe but that can’t be on the back of other people’s liberties.”

The House of Lords agreed on Wednesday to a Home Office amendment in the bill that made clear colleges and universities must consider freedom of expression when complying with the new legal obligation.