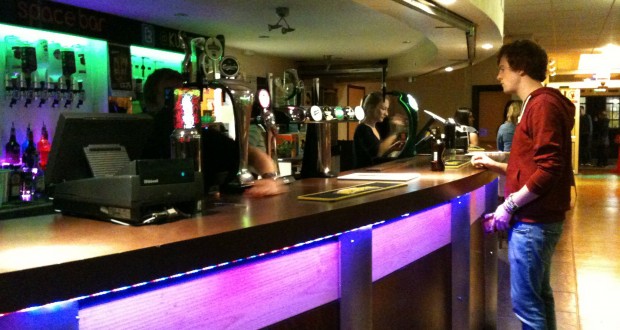 Written by Tonje Odegard on February 11 2015

It appeared that the majority of people had turned up to support the motion to build a student bar at Penrhyn Road Campus. The motion was passed with a majority vote, resulting in loud cheers and applause from the audience.

Motion proposer Bethany Caddy said after the meeting: “We’re incredibly happy that our motion has been passed at the AGM showing that students are rallying behind us in or campaign to get a main campus licensed social space.

“Now we need to let the University know that we’re pushing for a Student Union ran licensed space for September for the new and existing students and staff to enjoy. This campaign is run by students for the students for a better student experience.”

The motion proposed that the Students’ Union should take greater action and show concrete support for the student led campaign, which is working to build a student bar at Penrhyn Road once SPACE bar is shut down due to the demolishment of Town House.

The bar motion will not have to go through an executive committee for approval, unlike the other motions passed, because it is a student led initiative. It will go straight to the University.

In her speech at the AGM, Caddy said: “90 per cent of the students have said that they would want a bar after the student survey of 1,200 people.”

She added that the University recently declined their plans to have a temporary bar in the main building, which she said would make societies, sports teams and students working in the bar suffer financially.

Mature Students’ Officer at KUSU and the motion seconder, Fergal Findlay, said: “We have had 1,670 signatures for the petition. The turn-out for student election last year was just over 1,000, so this just goes to prove how students feel about this issue. This backing is amazing.”

KUSU President Denza Consalves said that her interpretation of the University’s recent statement was that the University is now working towards building a bar.

She said: “This statement reflects the hard work and efforts students have been putting in this issue.”

An amendment made to the motion added that KUSU would also support and work towards giving Roehampton Vale a student bar, the KU campus that has never had a bar before. The amendment gained a lot of support from the crowd.

Amendment proposer and Roehampton Vale-student, Stefan Logan, said: “I’ve been there for four years now and ever since the start of my degree we’ve been asking for a bar.

“Roehampton Vale has been given a social space finally, but now, with the help from KUSU, we want to take it further and make it into a bar.” 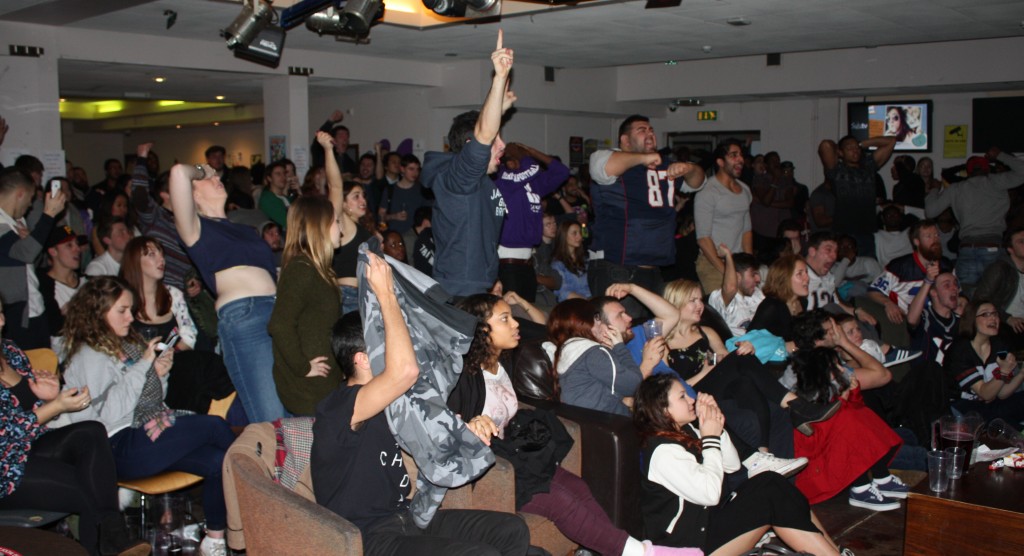 Another motion that stirred up heated debate among the student crowd was the proposal for KUSU to support students in their anti-racist and anti-UKIP campaigns.

Motion proposer Kulsoom Mall called UKIP a “racist party” urging all students, as well as the Union, to stand together to fight them.

The motion called on the SU to help fund a coach to a major anti-UKIP demonstration at UKIP’s national conference on February 28 and for the SU to send out an official banner for the ‘Stand up to racism’ demonstrations to be held on March 21.

However, President Consalves and VP Student Life Naveena Satter urged for the amendment of changing the ‘anti-UKIP’ specific resolve to ‘anti-racist’, arguing that because KUSU is a registered charity it has to remain politically neutral. They also said that if the amendment was not passed, the motion would not be approved by the executive committee.

The motion went through several intense rounds of for and against, but was finally passed without any specific mention of UKIP.

Motions to show solidarity with Palestine

There were two proposed motions to show solidarity with Palestine. One called for the boycotting of the ‘Israel-friendly’ company which provides computing systems to the University, while the other called for KUSU to publicly support the Boycott, Divestment and Sanctions campaign (BDS).

Forceful discussions also erupted over the a motion to fly the Palestinian flag from the KUSU building, proposed by Hamsa Mohammed Sharif.

Arguing for KUSU not to fly the Palestinian flag was Oliver Giles-day, who said that flying it would be offensive to the Jewish and Israeli populations at KU.

Farrow said: “The only ones who would be offended by the Palestinian flag would be Zionists.”

Farrow then agitated the crowd by urging them to not condemn ISIS, saying it would be Islamophobic. Several students hackled Farrow, saying he was hypocritical.

Another hot topic at the AGM was the recent referendum that was passed and will change the way student officers are elected. Read more about it here.