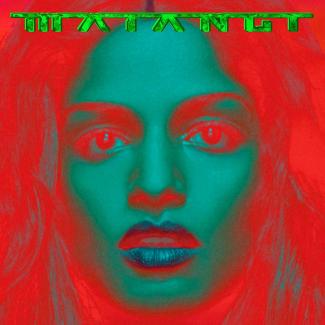 The outspoken and controversial English-Sri Lankan hip-hop artist, M.I.A., is back in style with her fourth album, Matangi.

Despite having only three top 40 UK singles and yet to score a top 20 album, M.I.A. is one of the most talked about people in the business and her latest release (named after the Hindu goddess) combines her iconic warping-electro sounds with an Asian twist.

The album is split in two halves both beginning with a short skit and ending with almost identical tracks, Exodus and Sexodus respectively. The last line from the first track on the album, Karmageddon, announces: “My words are my armour and you’re about to meet your Karma.” It also sets the pace, which is predictably frantic throughout.

Echoing explosions and fluctuating tempos are commonplace and make the album off-putting at times. However, the production is the strong point of it all and the record manages to be both fascinating and confusing at the same time. Before you realise where you’ve heard the previous warping sound before, it’s moved on to the next one.

Even the most ‘radio-friendly’ track from the album, Come Walk With Me, can’t resist an Asian breakdown halfway through, which is frequent in the first half of the album. It’s catchy chorus and honest lyrics make it a standout track.

The fun of the album is summed up with the track aTENTion, which M.I.A. claims WikiLeaks founder, Julian Assange, helped her with by decrypting the whole internet to find every word with ‘tent’ in, and then forming it into a song.

A lot of attention will be drawn to Boom Skit, which includes the line “let you into SuperBowl, you tried to steal Madonna’s crown”, referring to her highly controversial middle finger gesture made at the 2013 SuperBowl halftime show. The track acts as a short introduction to the second half of the album, listing her flaws and what her haters think of her.

The more electronic second half includes reggae (on Double Bubble Trouble) and some livewire basses, yet is overall easier on the ear. Another track to draw attention will be Y.A.L.A., an acronym (you always live again) responding to the en vogue motto Y.O.L.O. (you only live once), popularised by Canadian rapper, Drake.

On the whole, Matangi is a busy and compact record that will please M.I.A. fans and critics alike. Her trademark whining vocals and twisted production make this a fast-moving album that combines the best of old, current and futuristic sounds with worldwide influences. When you think of sounds that should never be on a pop song, M.I.A. finds a place for them.

Running at just under an hour, it’s the perfect length. The photographic negative album art with clashing colours sums the album up – you’re not quite sure whether to love it or hate it. Either way, the album still proves she is one of the most inventive artists on the planet.