Official figures show rise in number of millennial women childfree by the age of 30.

Recent reports from the Office for National Statistics show that women are having fewer children and at a later age, prompting discussions amongst students about their future plans.

Figures have shown that a record 50.1% of women in England and Wales born in 1990 were childless by their 30th birthday.

On Radio 4’s Today programme, presenter Nick Robinson enraged listeners after asking if women are delaying motherhood because “they want more fun before becoming a mum”.

There are numerous reasons why women choose to delay motherhood and although many of us hold off conceiving in an effort to provide ourselves with the opportunity to fully grasp life, many of us defer motherhood because of other factors including financial difficulties, issues with pregnancy and because some of us simply don’t want kids.

Salma Abdirahman, a criminology & sociology student said: “I don’t want kids right now. I feel like I still have lots to learn and when I do have kids I want to believe that I’ve had my life and it would be my time to help them grow.”

However, Stephanie George, Biomedical science said: “I do want kids because the career I want wouldn’t give me the time later in life and I’m also just ready.”

Over the past few years, it is no secret that UK has experienced major economic turmoil, from the 2008 financial crash to today’s cost of living crisis, which left many struggling to repay mortgages and to pay the bills.

And let’s not forget the sudden hit of the pandemic which placed many in job uncertainty.

Buying a home is something many of us were traditionally taught to do before procreating yet today many obstacles make this task much more complex than for previous generations.

Many people still aren’t earning enough to start a family and in order to retain your job it requires an obscene amount of money to finance childcare.

Lynn Kabagenyi, MA Journalism student said: “It depends, I would want to be in a long term committed relationship and most likely married before having kids.”

Some women know they want kids and many know they don’t, which is a perspective society fails to acknowledge.

Roza Jablonska , Accounting and finance student said; “I don’t want kids. They sound expensive and just don’t really like them.”

In all honesty, there are gains and losses on both sides but for women who don’t have the burning desire to become a mother, being able to make that choice is honourable and certainly not something that is concerning. 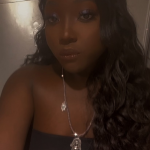 I am specifically interested in working within magazine journalism focusing on the music, culture and fashion sectors. In addition to this, I have always had a passion for keeping up to date on the latest fashion trends and music artists.