Oh, so you don’t like Trump? Here are some alternative president candidates who prove that another world is possible.

Oprah Winfrey sparked emotions after her speech at this year’s Golden Globes. In a desperate attempt to come up with a candidate with the same celebrity appeal as Donald Trump, people started suggesting Oprah would be the perfect candidate to run against the president in 2020. Only days after Oprah’s speech broke the internet, sources allegedly close to the talk-show queen confirmed that she is “actively thinking” about running for president in 2020.

And it doesn’t stop there. According to virtual rumours, the Democrats are cooking up a plan for how to beat Trump in the next election with help from the rich and famous. And who doesn’t remember how eager the internet was to launch a Kanye 2020 campaign in the aftermath of Trump’s victory in November 2016? What if the only way to outperform Trump in the next US election is to find another celebrity who can run for the presidency – a person who can match the strength and vitality of the president himself? Oh, what beautiful madness, what a hot mess, what a time to be alive!

The River has put down a list of potential candidates we think should get the chance to run in the 2020 election, and best of all – you can vote for who you think should win. Let democracy reign!

Honestly, who needs work experience these days? In this age of pure individuality, all you really need is a CV with a 4K resolution and a vivid and lifelike personality backing you up showing you are a self-made and hard working person with a charismatic appearance and political views that 99 per cent of the internet can agree with. Oprah has it all! Also, as a journalist from Vice pointed out: in 1999 Trump said he would choose Oprah as running mate if he ever decided to run for president. Let’s get this party started!

PROS: DUH? Did you even watch the Golden Globes?

CONS: Since political experience is no longer required to run for president, there are no cons.

SECRET AID: Can persuade voters by giving away cars for free. 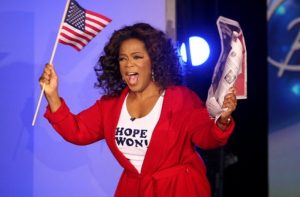 If there is one man with a bigger ego than Donald Trump himself, it is the one and only Kanye West. Kanye has announced he does not have “any political views”, but rather “on humanity, on people, on the truth”. That basically sums up all the views Donald Trump pretends he has. Bonus: No one will know who Taylor Swift is (win!) and Kim Kardashian would get her ultimate revenge on Paris Hilton.

PROS: He’s a college drop-out and could revolutionise the educational system.

CONS: George Bush once said that Kanye calling him a racist in 2005 was the lowest moment of his whole career but Kanye was also one of the first people to visit Trump after he was elected president, although in a supposedly heavily sedated post-trauma stress situation. Do we even know what Kanye stands for anymore?!

CAMPAIGN SLOGAN: “I Love You As Much As Kanye Loves Kanye!” 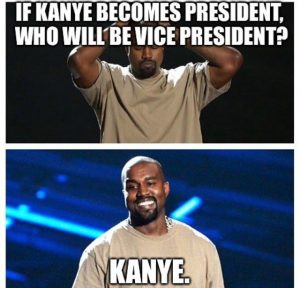 Currently oozing populist appeal thanks to Netflix success The Crown. She has a lot of experience being head of state for 65 years and is therefore perfectly suited to the job. Seems to be in a much better physical state than Trump, although there is a 20-year difference between the two of them (yes, Queen Elizabeth is the oldest).

PROS: The US will finally be part of the British Empire again.

CONS: Or does this mean the UK will be part of the US?!

CAMPAIGN SLOGAN: “God Save The Empire!” 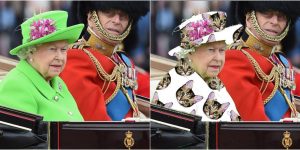 Good, old Slim Shady went viral for the first time in approximately 20 years after releasing a freestyle orally murdering Donald Trump. He is also one of few people who are likely to get more votes than Trump from people who define themselves as “White Trash”. Luckily for Eminem, he was cool back in the noughties and surfs the trend wave of people who also love chokers, corset tops and camo jeans.

CONS: Getting Beyoncé on your single didn’t beat that song with Dido, mate.

SECRET AID: Remember Stan? He will run for Vice President.

CAMPAIGN SLOGAN: “Will the Rest of America Please Stand Up?”

The Japanese prime minister’s wife who pretended she did not understand English to avoid speaking to Trump. Remarkably, she gained a whole world’s attention by staying silent. Seems like a good antidote for Trump’s ever-flowing verbal diarrhoea. Abe also claims to have been abducted by aliens and is probably the only person who can save the population and move us to Mars when our beloved Mother Earth finally dies.

CONS: She is apparently a hardcore nationalist. But, hey! Japan is really hip right now. Who wouldn’t want to swap that sloppy, ol’ double cheese with some eel soda, matcha powder and Hello Panda Biscuits?

SECRET AID: She knows Tom Cruise from an earlier life. 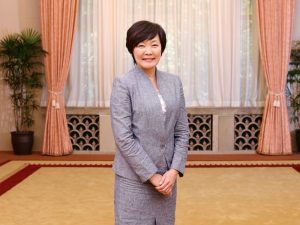 Let’s face the dirty truth – the US might still not be ready for its first-ever female president. Anyhow, there is a way for the patriarchy to be smashed. Steve Harrington showed an impressive character development and effort in providing a type of Mother Theresa for the internet era in the newest season of Stranger Things. If a woman can’t win, maybe a man-mom can?

PROS: Loved by everyone.

SECRET AID: A baseball bat covered in nails to smash beasts as well as the patriarchy.

CAMPAIGN SLOGAN: “Grab Her By the Pussy? Not On My Watch!” 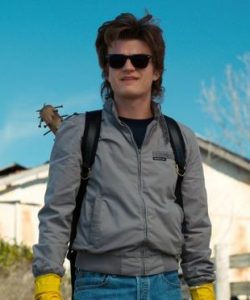 Did you know that Satoshi is actually both a female and male name in Japanese? Shame on those who have referred to a “Mr Nakamoto” in the previous months of the bitcoin-blow-up. The group, woman or man who invented the (highly volatile) cryptocurrency would provide an interesting alternative to the financial system as we know it today. The World Bank has said global economic growth potential is limited, and guess what? There will only ever be mined 21 million bitcoins. TA-DA! Solution!

PROS: We are potentially witnessing the world’s first unisex president(s).

CONS: If we continue mining bitcoin, we might run out of electricity before we even get to 2020.

SECRET AID: Apparently something called HashGraph will be released very soon. Of course, this is out of normal people’s consciousness to grasp but someone said it will be “Blockchain’s Tesla”. Whatever that means.

CAMPAIGN SLOGAN: “True Democracy Can Only Exist in the State of Anarchy!” 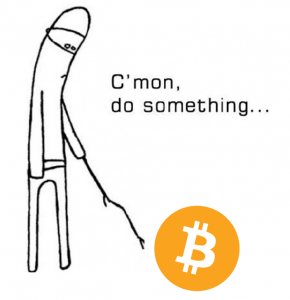 No one’s been hot this winter. Someone needs to speed up global warming and it needs to happen FAST FAM. Turn up!

PROS: Will bring Lynx effect, peng girls and an indefinite number of 4bidden Puffer Jackets to the people.

CAMPAIGN SLOGAN: “That Hot Sauce You Like is Back in Style!” 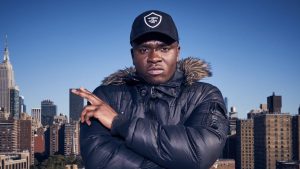 Runners-up (real people who deserve real attention): The guy who slapped Harvey Weinstein at a restaurant in Arizona, the guy who punched Richard Spencer during an interview, Princess Nokia because she threw her soup at a racist, the two ladies poisoning Kim Jung-un’s cousin (okay, maybe not those two) and Munroe Bergdorf because she shook the world with her honesty and renewed focus on race and gender.

VOTE FOR YOUR CANDIDATE!