Lunar New Year 2022 also known as Chinese New Year fell on Tuesday February 1. This is an important event in China and other Asian countries.

Chinese New Year is a huge celebration and usually lasts for 2 weeks. The date changes every year.

It depends on the Chinese Lunar Calendar, which is based on the cycles of the moon and sun and is mostly 21–51 days behind the Solar New Year. Therefore, it runs between January 21 and February 20.

Lunar New Year is also called Spring Festival even though it is in winter. That is because this holiday symbolises the end of the coldest days. People welcome spring and everything it leads to: planting and harvests, and new beginnings.

According to the travel website China Highlights, from ancient times it was a day when all people prayed to their gods and ancestors.

Originally, Spring Festival was a ceremony where everyone prayed for better planting conditions and a good harvest season.

Firecrackers became a crucial part of Chinese New Year because of one myth. According to the legend, there was a monster named Nian that would come about every New Year’s Eve.

The majority of people would hide in their houses but one fearless boy decided to fight the monster with a firecracker.

After that, people began to set off firecrackers to celebrate their survival. Eventually, it gained a huge role in a Spring Festival.

Nowadays, people set off a firecracker at midnight not just to scare off bad luck but monsters too due to the myth. Fireworks in the morning are used to welcome the New Year and to attract the good luck.

There ae also taboos against things such as washing your hair or sweeping on New Year’s Day itself, and not crying or breaking dishes for the duration of the Spring Festival.

There is a belief that it might take away your good luck and bring negative consequences into your life.

However, there is a day before Lunar New Year dedicated to cleaning as well as sweeping all the bad things away from the house so people may fill their place with positivity.

Every Lunar New Year introduces a new animal from the Chinese zodiac and its attributes.

2022 is a year of water tiger and according to National World website, people born this year are predicted to have the tiger’s characteristics of vigour and ambition, daring and courage, enthusiasm and generosity, self-confidence, a sense of justice and a commitment to help others for the greater good. 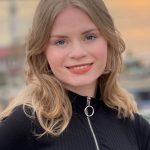