Transport for London has launched a campaign called #HomeSafeSelfie, urging students and other young people not to travel in unbooked minicabs.

The hashtag campaign is intended to raise awareness of the dangers of traveling in an unbooked minicab, and encourages women especially to post pictures of themselves on social media to let their family and friends know they have arrived safely.

Second-year international relations student Martine Aune Braset, 21, said the #HomeSafeSelfie campaign was a good way to raise awareness around safe travel at night, but questioned the execution of the campaign.

Braset said: “I think the campaign has a good agenda, but it comes off as it’s your fault if you get assaulted. Personally, I don’t plan to take a cab home from a night out, but sometimes I’m not in the best shape and I’ll get a cab off the street.

“At the end of the day, if I have to take a drunken selfie to celebrate that I’m home safe, I’d argue there’s a bigger challenge in society than unbooked minicabs.”

A survey done by The River showed KU students take safety at night seriously. 80 out of 100 students claimed they let their friends know they had arrived home safe and 58 stated they had never used an unbooked minicab.

Chief Superintendent Matt Bell of the Metropolitan Police said: “Any minicab journey that isn’t booked is dangerous and puts you at risk of sexual attack.

“I would urge everyone to help us encourage safe journeys. People can help spread the word through a #HomeSafeSelfie and further reduce illegal minicab drivers and promote safe travel at night.” 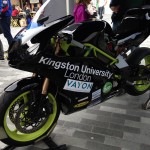 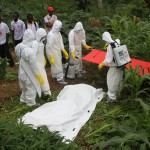