Surbiton Royal British Legion Club has been covered in crocheted poppies in an impressive display that students can visit to mark Remembrance Day.

The display, which features 5,600 poppies in total, was finished last week after dozens of local women volunteered to knit the flowers.

“I knew the British Legion were celebrating 100 years, and I had seen other poppy displays online, so thought it would be lovely to do something similar to celebrate and remember those who died,” said Denise Corbett, organiser of the display. 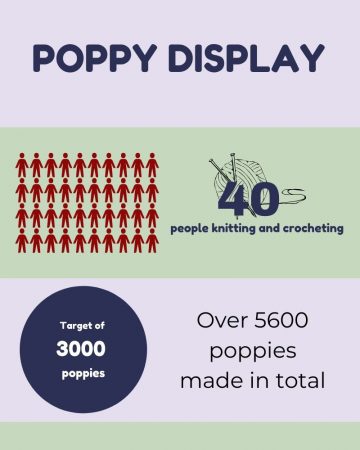 Corbett was overwhelmed by the response from the local community.

“We set a target of 3,000 poppies and sent a call out on Facebook for anyone to help,” she said. “We ended up with over 40 ladies knitting and crocheting from around the borough, and the final number of poppies was over 5,600.”

“As the poppies came in, we expanded our idea,” said Corbett. “We got the young people from the Surbiton Youth Marching Band, local Brownies, Scouts and Guides to write the names of those who died in the First and Second World Wars on tags, then attached them to poppies on the railings.”

Found on Hollyfield Road in Surbiton, the stunning display commemorates Remembrance Day, which is celebrated in Britain on November 11 to honour fallen soldiers and armed forces members.

Hand-crafted poppy brooches can also be purchased from the Surbiton RBL Club. 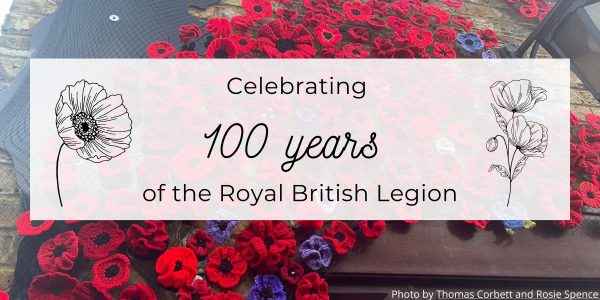