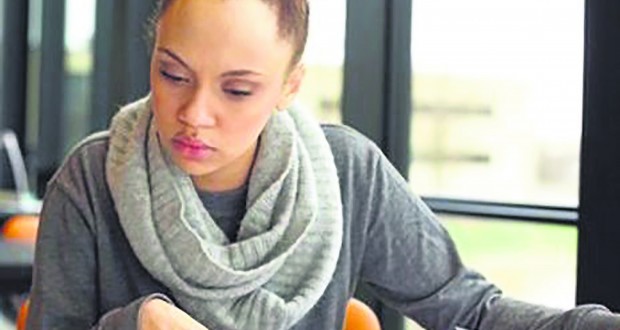 PM’s plan to ‘name and shame’ useless to educational equality

The desire to build an equal society is a principle of noble descent which countless heads of state have misinterpreted, sometimes plunging a whole nation into the abyss of communism. Our Prime Minister is certainly the last man on earth who would want such a dramatic outcome and he rightly appreciates that education is key to prevent this.

David Cameron recently warned in The Sunday Times that universities are not offering enough places to students from ethnic minorities and threatened to force institutions to publish their annual intake data. Assuming that exposure to the public could shame universities – as he put it – for accepting an overwhelming majority of white students is a groundless premise for two reasons.

Firstly, we have to acknowledge that such figures are a symptom of how disadvantaged non-white students often are in their early lives, before they enter higher education. Research from the Joseph Rowntree Foundation shows that families from ethnic minorities in the UK are twice as likely to suffer from poverty than their white counterparts. This clearly bars many children from attending grammar and private schools, which, although they do not necessarily guarantee the best education, are renowned for granting a brighter future.

A disadvantaged background also implies that students are less able to emerge from their own socio-sphere and make contacts with a variety of peers. Study-abroad programmes and extra-curricular trips, which GCSE and A-Level students can undertake during their summer holidays provided they have enough cash, are only some of the opportunities that allow us to expand our circle of acquaintances, familiarise with other cultures and learn new languages.

Exchanging and comparing opinions with our friends, relatives and parents helps us to reflect on our failures, making us more ambitious and likely to succeed at university as well as at work. The problem is that these conversations will only prove mentally stimulating if our parents and the people around us pressure us to enter higher education. Therefore, we should not think for a second that non-white students, whose parents rarely attended university due to the anti-immigrant and xenophobic prejudice of the 60s and 70s, will flood into Oxford or Cambridge anytime soon.

We can clearly see that our family is key in determining how favourable our pre-educational background is. Our Prime Minister should at least try to expand the supply of scholarships and funding schemes so that minority students can travel more if he seriously wants to eradicate the unfortunate background that chains poorer students to mediocre futures, as the Joseph Rowntree Foundation suggested.

Secondly, elite institutions have the right to select whoever they want in order to preserve their status quo as among the best in the world. Asking Oxford or Cambridge, or any other university, to change their intake policy and have self-imposed quotas would undermine the basic principle that students should be accepted purely on the basis of their skills and abilities, rather than skin colour.

It is evident that we at Kingston University boast a much more multi-cultural environment compared to other elite institutions in the country, although our ranking is utterly laughable. The implementation of Cameron’s plan would force universities to prioritise quantity over quality, meaning that they would have to accept applications from students who are not necessarily clever just to reach a certain percentage of minorities. This would undoubtedly cause an enormous loss of prestige in the rankings.

We should at least praise Cameron’s proposal to remove names from UCAS applications, a clear attempt to obscure ethnicity and eliminate prejudice among admissions staff. This strategy may well prove successful in the first steps of the selection process but is completely useless for universities which have a face-to-face interview stage, as students’ ethnicities will inevitably be exposed. The same problem also concerns the workplace as any job requires interviews.

If our Prime Minister wants to turn this attempt into a promising commitment, he needs to urge UCAS to implement this strategy that could potentially soften the differences between the privileged and the non-white. If the plan becomes part of our culture in the long term, prejudice and social disadvantage may be defeated.

We have to contemplate that this is a long-term plan and its implementation will take years, if not decades, before results begin to emerge.

Upon revealing that his son will most likely attend a wealthy private school, Cameron highlighted how poor our state school system is.

His proposal in The Sunday Times is an admirable attempt to improve the country but for now, it amounts to a mere threat. It is imperative that the authorities abandon their worthless ‘name and shame universities’ plan and concentrate on how to improve the background of today’s minorities, the root cause of inequality and the only medium to success.