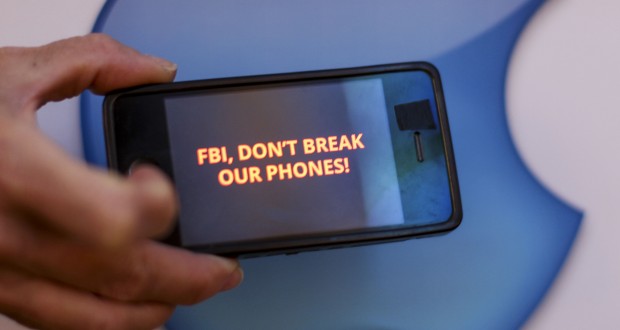 Two reasons Apple is right to challenge the FBI

No wonder Apple is so confident in rejecting orders from courts and the most respected secret services on the planet. The Cupertino-based titan relies on unparalleled support from us members of the public, who – by human nature – do not enjoy the thought of a stranger glancing at us through the lenses of our iPhone camera.

In the light of the Snowden revelations – that exposed the power and the extent to which the NSA and other intelligence agencies are willing to go for their spying operations, accompanied by plans at the end of 2015 to pass the infamous and controversial Snoopers’ Charter in the UK – the public has tended to side in the broadest sense with the right to privacy and its protectors.

Although we have to appreciate that some restrictions are vital to curtail the threat of terrorism, it is necessary to stand by Apple if we want to preserve the glimmer of privacy we have left. Granting the secret services access to Rizwan Farook’s iPhone – who shot dead 14 people in California’s San Bernardino last December – would spell the beginning of an Orwellian era for two reasons.

As Edward Snowden pointed out on Twitter last week, forcing Apple to develop a system capable of breaking into its own device is as ridiculous as asking a doctor to injure a patient. However discreet the FBI might be, it is quite possible for an agent to defect to another intelligence organisation – even to countries like China and Russia which at this point in history do not hold the best diplomatic relations with the West – and leak information on how to replicate and exploit such a system for large-scale surveillance operations.

Knowing that a spying agency has unrestricted access to the most popular smartphone on the planet is enough for paranoia to set in and demoralise members of the public. Clearly, we should not be spending our days trying to stay away from our iPhones, worrying that our voices and faces are an open book for our or any other government.

Another golden reason to praise Apple is that its tough stance exposed how courts and governmental bodies such as the FBI do not have unlimited powers to impose themselves upon a $233.7bn giant like Apple which protects the (privacy and financial) interests of everyday users. This is an unprecedented challenge to two respected institutions – whose authority has never been challenged in the space of a single week.

On a more practical level, pressuring Apple will only fuel anti-surveillance sentiment within users who may decide to ditch their easily accessible browsers in favour of more sophisticated software such as Tor and VPNs (Virtual Private Networks) which operate under a series of virtual tunnels to explore the web in greater anonymity. If the number of such users were to increase, the FBI – and any surveillance agency – would be shooting itself in the foot as hacking Tor and VPNs is no easy task.

Apple’s refusal to co-operate should instead dissuade anyone who dominates a renowned spying institution from exploiting fame and power to threaten our sacred right to privacy. As good as their aim might be, compromising our own cyber-security with the pretext to fight terrorism will only shift our fears from Islamic State to spying agencies, the very entities that are supposed to make us feel safe.