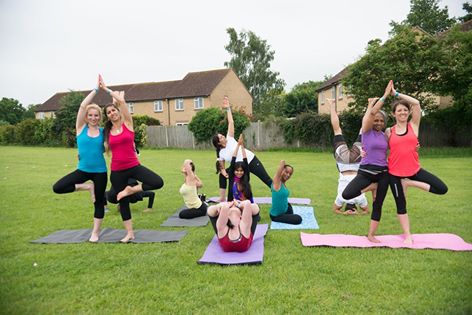 The year for yoga

Written by Amelia Cunningham on October 3 2016

Members of KU’s newly formed yoga society can experience the ancient tradition with fellow enthusiasts as the town plays host to its first ever yoga and vegan festival this month.

The one day festival aims to bring like-minded individuals together to celebrate the practice of yoga and offer dietary advice on veganism.

President of Kingston University’s inaugural yoga society, Venetia Galanaki, 21, said: “I am really excited about the festival as it will give me an opportunity to meet lots of people from Kingston’s yoga community who might be able to help out with some of the society’s yoga classes in the future.”

Biomedical science student, Galanaki, who is training to become a yoga instructor, formed the society because she felt “it was missing from the university” and confirmed that after just one meeting, the society had attained 30 members.

Galanaki said: “Yoga isn’t very accessible in Kingston, it’s quite expensive so the main aim of the society was to give cheap yoga to university students.”

Free yoga classes led by professional yoga instructors will be on offer throughout the day and live music will be brought to the festivities by Kingston electronic music artist, Jack Chard and his band.

At the festival, students can expect advice on both yoga and veganism through topical talks on both subjects.

“I am going to be volunteering at the festival, helping people get around and participating in talks and helping out on some of the stalls,” said Galanaki.

Staines resident, Sachdiva, who has taught and organised similar festivals in her native India, says the response to the festival has been “fabulous so far” and “so much bigger and better” than she could have imagined.

Sachdiva insists that there is a huge yoga and vegan community in Kingston and is confident that the festival will give visitors the chance to build relationships and keep connected even after the festival.

“I go to Kingston often and I know that is has a very strong yoga community. Kingston is a big and multicultural area where there are lots of yoga teachers. I don’t think there is any point in doing anything in Central London, because there is so much already happening there,” said Sachdiva.