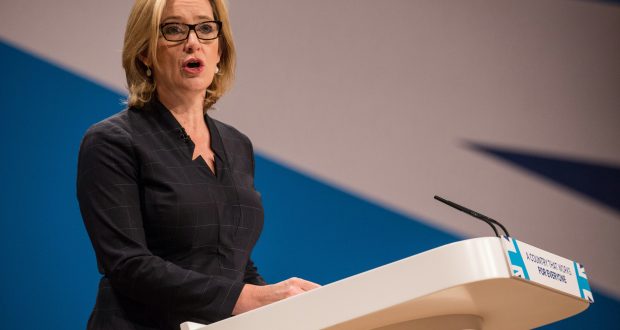 Home secretary to clamp down on international students

Written by Camilla Iversen on November 8 2016

Future international students are in danger of not being able to study at UK universities after Theresa May rejected suggestions of leaving them out of the country’s immigration numbers.

Together with Home Secretary Amber Rudd, the Prime Minister wants to reduce the number of net immigration below 100,000 and give more financial support to quality universities, making it harder for lower quality universities to attract international students.

“A student immigration system that treats every student and university as equal only punishes those we should want to help,” Rudd said in a speech at the Conservative Party conference earlier this month.

“This is why I want to reduce net migration while continuing to ensure we attract the brightest and the best,” Rudd said.

According to university statistics, there are currently 2,470 non-European overseas students studying at Kingston University.

Time Higher Education named Kingston University one of the top 150 most international institutions earlier this year.

“The University is extremely proud of its international student and staff community. Our students and staff come from more than 140 countries worldwide and their diverse cultural heritage and talents contribute to making our campuses cosmopolitan and stimulating environments for learning and research,” a KU spokesperson said.

“The University remains committed to its mission to be an open and inclusive international institution. It is continuing to champion the importance of attracting international students and ensuring the United Kingdom remains a welcoming destination for the brightest and best minds,” a KU spokesperson said.

Together with the other UK universities, overseas students are worth around £10,2bn a year for the UK economy – supporting over 170,000 jobs in local communities across the UK.

“The negative economic impact of a reduction in international student numbers would be felt by local communities across the UK,” Nicola Dandridge, Chief Executive of Universities UK, said in a press release.

According to Amber Rudd, a reduce in immigration numbers “will change the tide of public opinion so once again immigration is something we can all welcome.”

A research done by ComRes for Universities UK shows that 91 per cent of British people think that international students should be able to stay and work in the UK for a period of time after they completed their study.

Three quarters said they would like to see the same number, or more, international students in the UK.

“These findings are a clear indication that any new policies aimed at lowering net migration figures by reducing the number of overseas students will not address public concerns over immigration,” said Dandridge.

“International students come to the UK, are welcomed by British people, study for a period, and then the overwhelming majority go home after their studies.”