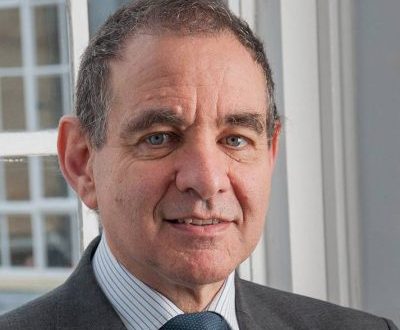 Written by Meka Beresford on November 29 2016

Former vice chancellor Julius Weinberg has been accused of taking an “absurd golden handshake” for £250,000 in his new role of ‘president’, after stepping down from his position at the beginning of the term.

Weinberg will continue in the role of president, a job believed to be created for him, on a higher wage until December 2017.

Kingston’s University and College Union (UCU) Chair Dr Andrew Higginbottom said: “This looks like a very golden handshake. It is really unfortunate because front line staff are working hard to keep the university going and improving on significantly less salaries.”

Dr Higginbottom called for Weinberg to donate some of his bonus to lower paid colleagues within the university.

He said: “He could do a decent thing and donate his charity to about 80 or 100 cleaners, low paid staff, catering staff at the university. He’s getting paid more than 10 times more than front life staff, for what?”

Weinberg received a 1.6 per cent increase on his wage as VC up to £251,461 for his new role as which will see him raise KU’s external body and lead other development activity.

Higginbottom said: “There are lots of questions to ask. I do think the university incoming management could think about, in general terms, making the university a more democratic place.

“It means that they take decisions based on very different criteria. These salaries are absurd, we want to see a more democratic university and alongside that a more equitable salary structure.”

Salaries of senior leaders at the University are set by the Board of Governors remuneration committee. Kingston University’s latest financial statements show that Professor Weinberg received £247,000 in the 2015-16 academic year.

Higginbottom added: “I can’t imagine he is going to be doing anything to justify this type of salary and a lot of people work very hard for literally less than a tenth.”

Acting Vice Chancellor Professor Steven Spier will earn £190,000 until a permanent replacement is chosen in preparation for September 2017.

University and College Union general secretary Sally Hunt said: “Despite clear calls from government for pay restraint at the top, many vice-chancellors enjoy bumper pay rises while holding down pay for their staff.

“The arbitrary rises that vice-chancellors receive expose the need for better transparency of senior pay in our universities and the time has come for a national register of vice-chancellors’ pay and perks,” Hunt added.

Dr Higginbottom and many other staff members in the union are concerned about Weinberg’s continued, high rate salary.

Weinberg said: “I haven’t had the opportunity to discuss the latest figure that you have with colleagues but I do know in particular colleagues in unison the ancillary staff union have expressed their concern about this golden handshake.”

“There is several levels of unfairness. Why do these key decisions being made, perhaps with good intention, but we really don’t know what his role is still and we don’t know what he is going to be doing for this money. “

The professor held the position of vice chancellor for the past six years but stepped down after the university faced challenges.

At the time of his resignation, Weinberg said in an email to staff: “It has become evident to me that the board of governors and I hold differing views. The time has come for me to step down from my post to pursue new challenges.

“I am heartened by the significant progress we have already made and have every confidence that the university will build upon the considerable change that has taken place,” Weinberg added.

Weinberg stated that he did not make the decision lightly.

The resignation came after a series of major changes instigated by Weinberg, including going from eight to four modules a year and a reorganised IT system.

His departure follows disappointing results in the latest league tables, with Kingston student satisfaction dropping 125th to 145th in the National Student Survey.