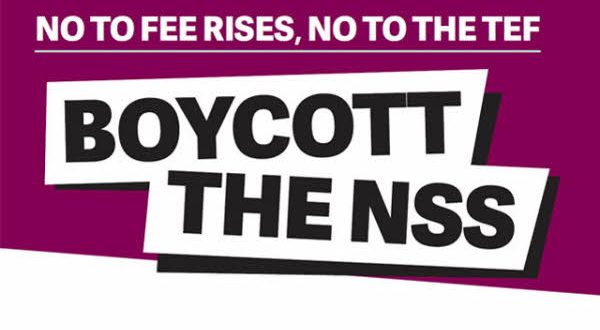 Written by Sarah Sinclair on January 17 2017

The Union of Kingston Students is not currently taking part in the National Union of Students’ (NUS) campaign to Boycott the National Student Survey (NSS) but that may change at the Big Student Meeting if the proposed motion is approved.

The boycott campaign launched because the results of the survey, taken by final year students, which the government is planning to use to justify university tuition fee increases.

“The NSS is a terrible way to collect student feedback on what they thought their whole educational experience was like at KU,” said the Officer of Penhryn Road campus, Daisy Bow Du Toit.

“If the motion passes, then we would not be the only union to have an NSS boycott campaign. I also think it would be quite exciting if KU could put itself on the map for standing up for what the students believe in.”

“Should any policy changes arise due to our upcoming Annual General Meeting on the 18th of January, the Union will immediately notify students and University of any new stances.”

The NUS have said the NSS, which measures student satisfaction, was never meant to measure teaching standards or to be used as a deciding factor for what level of fees should be charged.

In their campaign brief the NUS said: “The government is manipulating student feedback to create a false market and justify fee rises.”

The NUS said it should be boycotted as the government has not taken any notice of students who have argued against the plans and that the NSS is the only place where students can have their final say by not taking part.

The results of the survey will be used as part of the new Teaching Excellence Framework (TEF), being introduced in the next academic year, will allow tuition fees to rise.

The TEF is going to rate universities bronze, silver and gold. Universities will be able to raise their tuition fees by a set amount based upon which ranking they receive.

The rankings will be based on how they score in the NSS survey, the number of students who drop out and what students do after they graduate.

The NUS said: “This will increase inequality both in terms of students entering higher education (HE) and their graduate prospects.”

Therefore it will not only raise fees for future students but the NUS also argue that it could affect the standing of your university and devalue your degree.