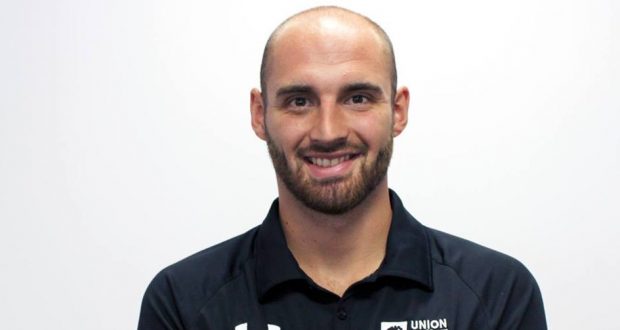 A KU student union sports coordinator who quit his job midway through the year has come under fire from some of the clubs he worked with.

Josh Moss, who left earlier this month to start a new career as a firefighter, was responsible for sports budgets, improving teams’ performance and supporting and developing new clubs.

But a number of sports clubs have questioned his performance in this role and said the next chief would need to do better.

Panah said he had asked Mr Moss for access to the club email, to help create their website and about sponsorships, but “nothing happened”.

“I know now that he has left – that’s not really good at all,” he added.

After the AGM, Panah asked the Union officers if they would help develop the sports coordinator role, to help equip future officers with more resources to do a better job.

He said: “I asked for three things and none of them got sorted until I complained at the AGM in front of everybody. They seem to hire anyone and say ‘that’s good enough’.

“Though, I’m sure there are lots of limitations, he probably had lots of good ideas but couldn’t get anything done. I am sure he tried his hardest.”

Panah explained that they were simple tasks that he had asked Moss to do during Freshers’ week in September, but had not got done until Alastair Burr, a previous sports coordinator, returned to temporarily fill in for Moss after he quit.

The Jiu Jitsu club was not the only club who reported they had experienced problems with Mr Moss.

Karina Zagidullina, the president of the women’s volleyball club, said: “I had a lot of problems regarding the volleyball club. He never replied even though I asked him to check his email more often.

“His excuse was usually that the emails from me ended up in junk mail, so I didn’t feel like I could rely on him.”

However, others came to Moss’s defence, saying he had been a good colleague who did his job well, and that he would be missed.

Tom Gurney, president of the men’s football club said: “It’s a shame to see Josh Moss go as I got on with him really well. I felt he connected well with the students and did a good job during the time that he was here.

“He helped us out a lot and was as efficient at getting things done. He’d regularly come up on a Wednesday if we were at home and watched the games. Good to see that he didn’t just stay in the office.”

Players from the American football team recognised that he had only been sports development co-ordinator for a year, starting in January 2016.

Captain Ian Darby said: “He wasn’t around for long enough to make an impact.”

On January 4 Moss sent a last email to the sport club presidents to inform them of his departure.

It read: “I have thoroughly enjoyed my time at Kingston and all of you have been an integral part of my time here.

“Thank you for all you do for your sports teams and for making Kingston sport what it is. I wish you all the best for the rest of the year ahead and your time beyond Kingston University.”

Moss refused to comment on the criticism, saying: “I think going forward it’s best to leave things as it is and move on without me commenting on anything Kingston related.”