At the second Big Student Meeting that took place last week, nine motions were proposed by students and voted upon by those in attendance.

The second meeting was scheduled after a number of motions were left unmentioned at the January meeting.

Instead of sending off the rest of the motions to be decided by the Union of Kingston Students’ (UKS) trustee board, they scheduled another meeting for students to discuss and vote on the subjects.

More information can be found on the UKS website.

This motion passed unanimously. The union will now hold a series of informative workshops regarding consent and sexual assault at the beginning of each semester and throughout the year.

The union will hold support groups, providing safe spaces for men and women as well as gender neutral spaces while also lobbying the university to include workshops in welcome week for all new students.

The proposers of the motion, Richard Donnelly and Joseph Cripps, argued that any failings of the university will not be helped by cutting staff.

Due to the passing of the motion the union will support all student and staff action while also communicating the student dissatisfaction to university management.

Beatrice Carey, Knights Park Officer, said that Plan 2020 is not bad while she claimed to be the only one in the room to have seen the full plans but could not say more as she had to sign a non-disclosure agreement.

In response, Richard Donnelly said: “It is not the role of students to enquire into these things and chase down the information; they should be consulting us.

“It is the case they should approach us instead of having a conversation with one sabbatical officer who they made sign a confidentiality agreement.” [/box]

The student union is to campaign to keep Wednesday afternoons free from scheduled classes for all students.

Haider said that not all students at Kingston are given this free time while 20 per cent of Kingston students are involved in sports, societies and volunteering and that Wednesday afternoons need to be free for all students so that they can all have the same opportunities.

He said that Sheffield Hallam’s Research concluded how important extracurricular activities are: engagement in sport provides a good career return on investment of around £5k per annum, terms of current average salary, compared to those that did not engage in sport.

The campaign will strive to get timetabling to recognise the benefits for students to have a free timeframe to develop themselves by taking part in sports, societies, volunteering or to have some dedicated time to complete work.

The campaign also aims to aid commuting students in being able to take part in student union activities.

Student officer campaigning and elections next year will be run over two weeks instead of one.

One week and one day, the following Monday, can be used for campaigning by all those running for campus officer roles.

However, the actual voting will not open until the following week.

This is to ensure students can make informed decisions while not feeling pressured into voting for whoever comes up to them first with an iPad or a laptop.

If a candidate is found campaigning in the week of voting, then the student union’s board of trustees are going to provide, as yet undecided, consequences for the candidate going against the rules. [/box]

The new position will be for a student director, it will be a part-time, paid and elected position.

Their role will be to hold the full-time officers to account, observe their progress, productivity and overseeing fulltime officers whilst being involved in decision making and having the final say in what is best for the students if there is a disagreement between the officers.

The student director would also sit in on union meetings, chairing the Big Student Meetings and to delegate passed motions to officers to be worked on and implemented.

AQ Khan, the proposer of the motion, said the role needed to be created to solve conflict between officers, and the issue that there are no real consequences for not carrying out their duties and the fact decisions are being made and action is being taken without the knowledge or agreement of all the officers as well as students such as the TEF meetings.

He also said that progress and productivity of the officers is not being monitored, there is a lack of transparency from the officers and their work to students. [/box] 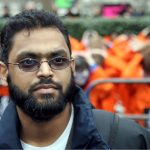 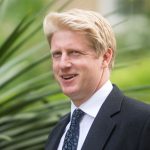