Students from Syria are fighting for financial support during the current conflict in their home country.

KU Syrian students wonder where their hardship funds are 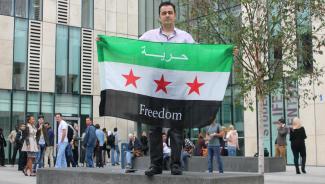 Syrian students at Kingston University have urged Vice Chancellor, Julius Weinburg, and all university bodies for continued financial support while their home country is in turmoil.

During the last academic year, Kingston University and a host of other UK universities granted hardship funds to Syrian students financially affected by the ongoing conflict in their country. However, this year those funds have yet to be granted.

The grants are given based on the student’s living expenses and necessities. The students have to apply for these funds and the university then decides how urgent the situation is.

Amer Labania, a Syrian student doing a PhD at Kingston, received the hardship funds last year and said it was essential to help him pay for his living expenses.

“I am working part time and what I am earning is not enough to pay my bills,” he said. “So I asked for additional funds but unfortunately I did not hear from them for two weeks.”

In the past the Syrian government funded his studies, but since the start of civil war, these payments have stopped.

“Unfortunately the Syrian situation went from bad to worse,” he said .”No one knows where the country is going and there are no prospects that will be resolved soon.”

Mr Labania works part time at Kingston University but visa restrictions do not allow him to work any more hours.

According to KU’s Vice Chancellor, Julius Weinberg, the university deals with hardship funds on a case by case basis and does its best to financially support students to finish their studies.

“The university has students from over 130 countries,” Mr Weinberg said.

“It is not uncommon for a student at Kingston to have funding problems. This may be because of personal issues or political instability.”

The Vice Chancellor promised that Syrian students will get the same support as other students suffering from the impact of war, civil dislocation or natural disasters.

He added: “It would be wrong of the university to preferentially support students because of one particular crisis – we endeavor to support any of our students in difficulty.”

Mr Labania believes one of the problems with the hardship funds is the miscommunication between different sides and parties in the university.

He said: “When the Vice Chancellor decided to grant hardship funds, no one in the other departments or the Credit Control had a written confirmation of it straight away. I am afraid the same delay will happen again this year.”

The Student Union played a big role last year on organising and launching the campaign that waived the tuition fees for Syrian students in universities.

“Rita Serghis, the former Vice President of Learning and Teaching, was a superstar and she made a huge difference to the campaign,” Mr Labania said.

Emma Shakir, new VP Learning and Teaching, was elected last academic year but Mr Labania is worried that she is not well informed and updated with what is happening to Syrian students in the UK.

Ms Shakir is committed to be the voice of Syrian students and follow the footsteps of the previous Vice President to ensure that students get the financial support they need.

“Other universities in the UK have already committed to helping their own Syrian students who are in the same situation,” Ms Shakir said.

“We at Kingston have already had an initial discussion about it for this year and are reassured that every student will receive a fair opportunity to present their case.”

Mr Labania believes that the financial support is the only way for Syrian students to finish their degrees and asks all bodies of the university for continuous support.

“The assistance is essential for us and it has become a survival kit to keep us going, get our degrees and graduate,” he said.