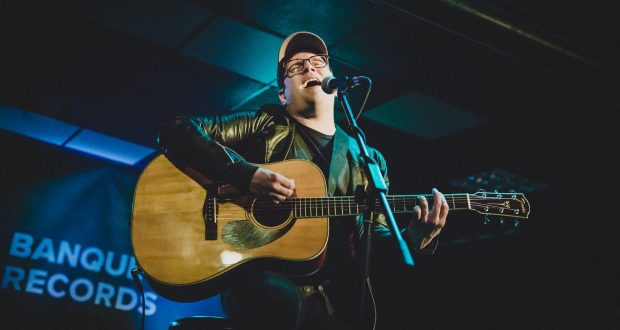 For a gig that sold out in 10 seconds, the short but sweet 25-minute acoustic set in a tightly-packed Hippodrome Kingston on January 12 2018 didn’t disappoint fans of Fall Out Boy.

After the release of their new album, M A N I A , was postponed for three months because they didn’t want to rush it, the band started with its most recent single. From the way the crowd screamed in response to the first note, it was the best choice they could have made. HOLD ME TIGHT OR DON’T promised the new sound that would distance the band from the days of thick eyeliner and ripped jeans.  For a band who constantly have questions about the genre they belong in, not only did this taste of the album showcase the power that lead singer, Patrick Stump, holds in his voice, but also it kept the crowd in suspense for what it was going to bring to Fall Out Boy’s already complicated identity.

“Our manager asked if we wanted to play a small acoustic in-store, I thought it would be like 10 people,” laughed bassist Pete Wentz as he looked onto the 1400 fans lucky enough to buy a ticket in the 10 seconds they took to sell out on the Wednesday before the show.

With each song, the Chicago band’s pop-punk era came flooding back. It was as if the crowd had been transported back to 2005.  Sugar We’re Going Down and Thnks fr th mmrs needed no introduction and allowed both the quartet and the fans to feel the nostalgia  of a time when the  ‘emo’ band was something they could have been proud to have been labelled as.

The chords of Uma Thurman, a fan favourite from their previous album, American Beauty/American Psycho, brought the mood back up to date. The acoustic version gave the song what can only be described as a groovy twang that was infectious enough to move everyone’s hips.

In the short time they had, Fall Out Boy managed to give their fans a snapshot of their musical journey. Finishing with centuries left the audience gasping for more; however, by the band’s own admission, these were the only songs they knew how to play acoustically.