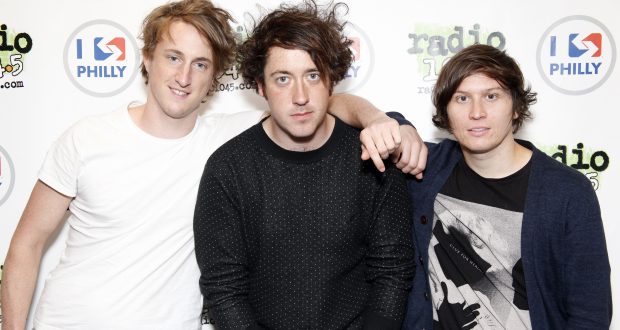 The Wombats fourth album will be released on 9 February. Photo by MediaPunch/REX/Shutterstock

The Wombats’ new album will not ruin your life

Written by Hannah Roberts on February 10 2018

The Wombats’ fourth album, Beautiful People Will Ruin Your Life, clings furiously to the feel-good rock we have come to expect from them.

It may have been three years since their last album, Glitterbug, but Beautiful People Will Ruin Your Life makes it seem like The Wombats have grown up almost overnight.

The slower pace of this album showcases frontman Matthew “Murph” Murphy’s beautiful, almost conversational vocals, without losing the catchy melodies that gained the band such popularity since its inception in 2003.

Murph said that since his move to Los Angeles, he’s become a lot less anxious which he puts down to “just getting older” and that clarity really shines through in their new music.

Gone are the frenzied beats and hyperactive melodies.

In their place rests a version of The Wombats that will surprise fans, but not necessarily in a bad way.

You would never guess that the songs were written separately, the way they fuse together so effortlessly.

From the teasingly understated opening chords of Cheetah Tongue, the first of 11 tracks on the album and pre-released as a single, it becomes clear that The Wombats know how to make the most of their talent in an uncharacteristically well-ordered tune.

Turn may at first seem like one of the album’s softer songs, but the vocals and guitar riffs pack a mighty punch – it is a catchy track with synth-pop vibes that encapsulates the best of The Wombats in only three and a half minutes.

Black Flamingo has the firmest sense of the “old” Wombats for those craving a peek into the band’s past.

Memories of a particularly boozy night out with friends will resurface when Lethal Combination comes on. It’s the song you listen to when you’re feeling down and deciding whether or not to go out at all.

But as the lyric goes, don’t forget: “If you wake up feeling happy, you’re doing it wrong.”

I Don’t Know Why I Like You But I Do, the eleventh and final track, rounds off the album.

With flourishes of intense guitar riffs, pained vocals and harsh drums, at the end of the track listeners are leftwith just reverberating silence to keep them company.

The Wombats have done well to cling on to their identifiable sound for so long while continuing to inject fresh life into every album they bring out.

Having sanded off the rougher edges, they have created an album that is sleek but sticks in the mind.

As Murph croons in Turn, “maybe it’s the crazy that I’d miss” – but then again, maybe not.

Beautiful People Will Ruin Your Life will be available everywhere February 9 2018.