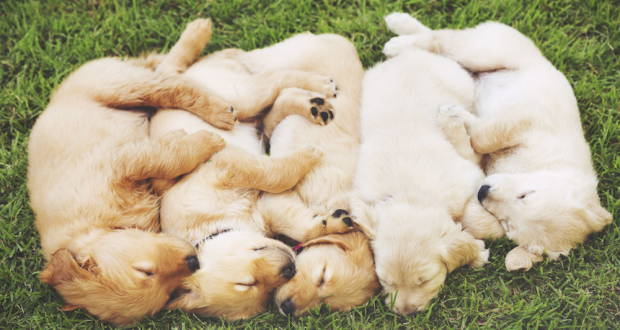 Feeling stressed out? Cuddling with a dog might help you. Photo: REX

Rachel Imlay, who is running to become the Penrhyn Road officer in this year’s Student Elections, is exploring the use of ‘puppy rooms’ in Kingston University to help students combat stress and anxiety.

Imlay, a 19-year-old politics and international relations student, came up with the idea for a potential puppy room in KU after becoming aware of the therapeutic benefit dogs provide and her positive experiences as a dog walker.

“The main benefit would be that animals are quite therapeutic for some people and it would be really good for students to be able to go and sit with some animals and relax,” Imlay said.

Universities such as Queens, Winchester and Nottingham have provided puppy rooms for stressed out students in the past and even the UN has its own therapy dog.

“There are loads of different organisations that use therapy dogs for stress and anxiety relief. I thought it would be a really nice idea if we could get some rescue dogs or something like that to come into university,” Imlay said.

“We could give back to the community as well as help our own students with any mental health or stress issues that they’re going through during exam periods and end-of-the-year stress.” 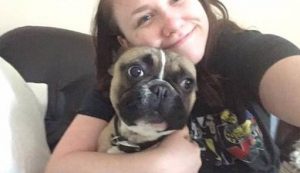 “Animals are not here for our amusement”

However, some students have raised questions about the animals’ welfare if a puppy room was introduced at KU.

“The [dogs] are stuck in a room and can’t leave on their own. Not all dogs are sociable or comfortable around people or other dogs.

He added: “It can have a great emotional impact on the dog, not to mention the increase of spreading sickness with so many animals and people in one room.

“Animals are not here for our amusement – they are sentient, living and capable of having terror, fear and anxiety.”

Plazolles-Hayes has worked with the SU to formalise a policy that prevents the use of animals for entertainment within KU.

Imlay said she was aware of the policy, but underlined that animal welfare would be the main focus when exploring the opportunities for a puppy room.

“[Neither] The SU nor I would ever support anything that would cause stress or harm to the animals,” Imlay said.

“My personal belief is that there is a way that you can have humane treatment of therapy animals and I think that the animals definitely play a huge role in mental health for some people,” she said.

Imlay added that she would consider safety, stress and transport issues if she was successful in bringing in dogs to KU. 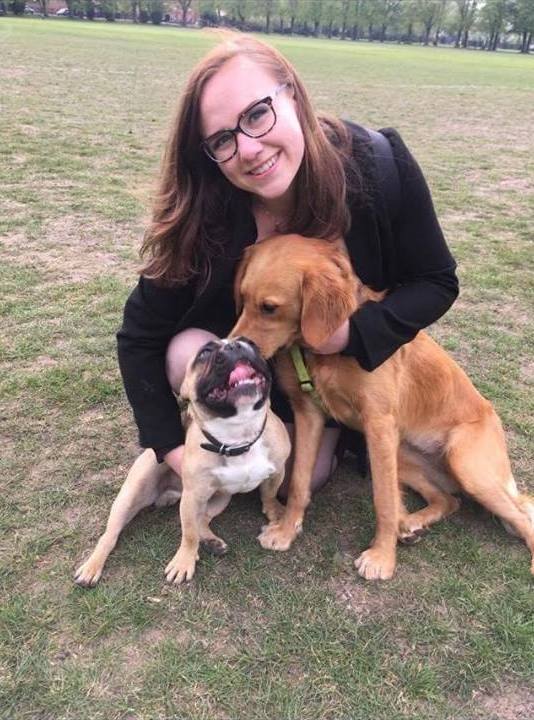 Imlay with two of the dogs she regularly walks. Photo: Private/Rachel Imlay

Dave Kent, the engagement officer of Guide Dogs in London, was pleased to hear someone is looking into the possibility of introducing a puppy room at KU.

“People love dogs and dogs love people. You get to meet our puppies and our people talk to [the students] about what kind of work [the dogs] are going to do as adult guide dogs, and automatically there’s an educational value there as well,” Kent said.

Guide Dogs is the single biggest breeder of assistant animals in the world and has provided dogs for multiple puppy room events across the UK.

Kent explained that attending these events becomes part of the dogs’ routine and said that the welfare of the dog is “paramount” to the charity.

“The dogs will be regularly given breaks and the slightest sign of stress – if there were any – would be immediately noted and the dog would be removed from that environment, but that has never happened,” Kent said.

“Students have legitimate concerns and we appreciate that, but we would seek to reassure anybody with the slightest concern that our dogs’ welfare is absolutely parament,” he said.

Remember to vote in the student elections – the polls close on Friday February 23.