Three quarters of Kingston students want a second EU referendum, according to a survey conducted by The River last week.

The poll of 400 students found that almost half of the voters who backed leave in 2016’s referendum would now choose to remain in the European Union if there was a second vote.

Eloise Todd, the CEO of the pro-EU group Best for Britain, said: “People in Kingston University and in communities up and down the country, regardless of which way they voted, have been locked out of the most important decision for our generation. The people deserve a say on the final Brexit deal.”

The survey revealed that 75 per cent of Kingston students would vote to remain, similar to a Survation poll conducted in June which showed that over 80 per cent of 18-24 year olds in the UK favoured remaining in the EU.

The survey also found that only two per cent of students who voted remain would switch to leave.

Nearly 20 per cent of students who took the survey were opposed to having a second referendum and 10 per cent of respondents said they would not vote at all.

The director of the eurosceptic campaign Get Britain Out, encouraged voters to make Brexit a success rather than reversing the result.

Jayne Adye said: “Will you keep voting until you get what you want? Stop trying to change the vote and work for the success of the UK instead of being in the stranglehold of the EU.”

According to the university website, 18 per cent of Kingston students are from abroad.

Under European Union law, students from EU countries are able to study in the UK without a visa but one student, a Ukrainian national, said that Brexit could make it easier for him to get a work permit when his studies finish.

Eduard Vyshnyakov, a 24-year-old international business management student said: “If Brexit did happen, maybe EU and other international students would have the same immigration rights and there would be less competition.”

The Richmond Park Labour Party was one of the 100 local Labour parties to demand a referendum on the terms of the UK’s EU exit.

The Secretary of the Richmond Park Labour Party, Chris Priest, said: “We are proud to have played a part in shaping Labour’s policy on this very important matter, so that Labour can campaign for a public vote on the terms of any proposed exit deal.”
The Government said that whatever the result of the parliamentary vote, the UK will still withdraw from the European Union.

According to a recent study, a second referendum would need 22 weeks of preparation, though the UK is only scheduled to leave the EU in under 25.

Theresa May invoked article 50 in March 2017, starting the two-year EU withdrawal process, meaning that should a second referendum happen, the withdrawal deadline may need to be extended.

The Prime Minister, told the Conservative Party conference last week that she would oppose a second referendum, adding: “Think for a moment what it would do to faith in our democracy if, having asked the people of this country to take this decision, politicians then tried to overturn it.”

I do not believe that the majority of leave voters have changed their minds, indeed I think many people who voted remain because of ‘project fear’ regret that choice.

I would suggest to Kingston students that they might like to learn a bit more about the European Union and what it actually is before deciding they want to live under its rule.

I would suggest that they might like to contrast what it actually is with the benefits of living in a democratic country where our laws are made by politicians which the British people elect, and which they can sack at election time.

KU students should think about what their lives might be like if the UK had adopted the European Single Currency.

They can see the obscene levels of youth unemployment in countries like Greece, Italy and Spain, where a whole generation of young people have had their lives blighted because of an economically idiotic policy in pursuit of a political objective – the creation of a United States of Europe.[/box] 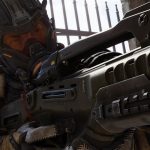 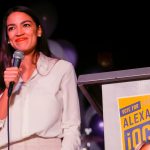