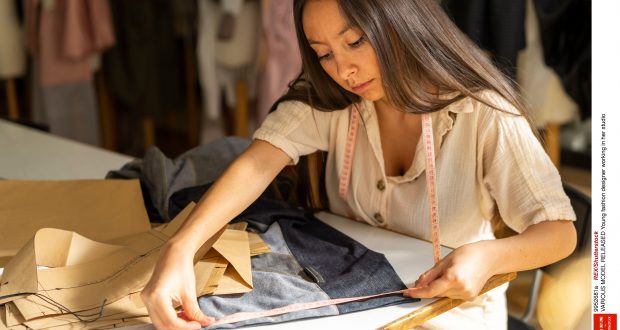 Third-year students were particularly frustrated by the new policy because they need the 3D workshop in order to complete end-of-year projects and were previously told their tuition fee covered this cost.

Georgina Cannon, third-year interior design student said: “In total I’ll probably have to spend around £100 in the workshop. It’s ridiculous because we all also have to pay for our own printing at the end of the year, which our tutors have said will be around £140. How are we expected to afford this.”

The materials which are no longer free range from cheaper ones such as MDF boards costing only a few pounds to aluminium sheets costing up to £82.50 depending on thickness.

Alice Ballard, a third-year student, said: “It’s very upsetting because interior design seems to be one of the most expensive courses to do in terms of costs of printing, materials, site visits and now it’s just another expense on top of that.”

This academic year a new materials policy was put in place by KSA with charges for the use of certain types of materials with the aim to reduce waste.

Ballard, 20, said her class was very angry when they found out about the policy because they are already required to spend £12 a day each on travel when visiting the site of their final year project which is in Tower Hamlets, East London.

“We are expected to complete the project to a high level, which we obviously would want to do but now finding out that we don’t get workshop materials paid for by Kingston is just another blow,” said Ballard. “We are all really struggling financially.”

Ballard also said she was considering purchasing materials from amazon instead of using the workshop because it works out cheaper.

“The teachers don’t seem to understand why we are upset but as course rep I have spoken to the class about it and we are going to bring up the issue in a meeting with our course leader very soon,” she said.

According to students KSA failed to inform them of the new policy at the start of the academic term and as a result they were only made aware last week when they tried to use the workshop.

Emma Maidment-Dunnett, another third-year interior design student, said: “Apparently we were supposed to be told last year and it wasn’t until we had our workshop induction last week that one of the workshop technicians told us we had to start paying for our own materials.

“It was the only thing we got free on our course and now even that’s gone,” she said. “It’s ridiculous. We are meant to be the number one university for interior design in the country but I don’t know how. We spend a fortune. How are we supposed to do what is required of us without enough money.”

Craig Scrivener, a workshop store technician, said there has been an issue with students not receiving e-mails from their course leaders outlining the new policy but said it was a good idea in order to reduce waste.

“I have tried to make the materials as criminally cheap as I possibly can for the students because they are my customers,” said Scrivener. “I spent all summer sourcing suppliers to save money for students and we do offer some free recycled materials.”

The 3D workshop manager, Timothy Clarke, said until now the materials policy was not regulated properly and that previously there was an issue with students hoarding free materials.

“We were getting huge numbers of students coming down every Monday trying to collect free materials and we couldn’t sustain that,” said Clarke. “It crippled us financially. The free materials were just meant to help students start their projects not finish them.”

Greg Epps, head of Interior Design at Kingston, said that the intention from KSA was to send all students a personally addressed letter in September about the new policy, however this was apparently not possible.

Speaking on the issue, Epps said: “I think more can be done to stock basic 3D workshop materials in the KSA shop. This would allow the discounts available buying in bulk to be passed onto the students.

“We waste a staggering amount of materials and anything that encourages the development of a circular economy should be encouraged,” he said. “This new policy seems to be moving in that direction.”

Epps also said he thought there should be a department level ‘making grant’ to enable students with financial difficulties to use the materials and processes that their project requires rather than a situation where a student’s work is dictated by the limits of their financial situation.