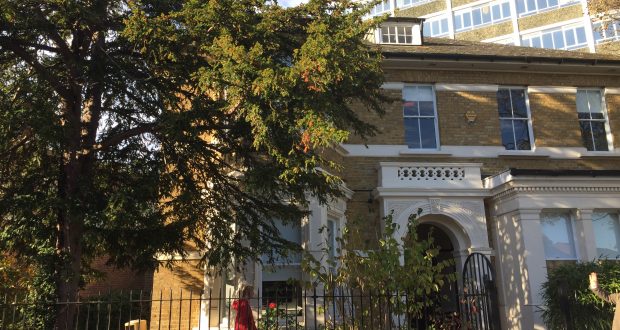 Written by Morgane Roos-Carreira on November 13 2018

Kingston University spent £600,000 over the summer to renovate office space for the Vice-Chancellor and the University’s Senior Leadership team.

The University gave up their lease on a £250,000 per year rental house and moved to the Holmwood House on Penrhyn Road in August to “make significant savings” according to a spokesperson.

Vice-Chancellor Professor Spier said that moving to the new building is not only beneficial financially but socially as well.

“Embedding ourselves at the heart of the University community ensures the student voice is heard loudly and clearly as we continue our work to become the best institution we can possibly be,” added Spier.

Students who need to access the Holmwood House, to see their English literature or creative writing lecturers, have to knock at the reception’s window as student cards do not open the door anymore.

The card reader was changed when the Vice-Chancellor and the Senior leadership’s team moved in two months ago.

“In the due course the whole building will be renovated, it is just that it was done very quickly over the summer,” said a hopefull lecturer whose office is in Holmwood House.

He also said that it is the right decision to move the VC back on campus so he can be part of the campus life.

Refurbishment took place on the ground and first floors and there is now a new kitchen in the 320 metre squared university building.

“The ground floor and parts of the first floor of Holmwood House, vacated following previous staff moves, were refurbished. Work was not undertaken in areas of the building that were already occupied,” said the university’s spokesperson.

He also said: “Costs came in at £1,870 per square metre – a figure property experts regard as well below average for an office reconfiguration and redecoration of this kind.”

The cost of the project was covered by the university’s capital works budget the spokesperson said.

Parts of the refurbished areas were occupied by economics lecturers who have now been forced to move to Hind Court where the Vice-Chancellor was initially based nearly a mile away from Penrhyn Road.

Economics lecturers were only given a few days notice before the start of the renovations according to a lecturer who is based at Holmwood House.

Third-year fashion student Molly Gray said that she and many of her fellow students are frustrated about how much money the University has spent on building works when they are continuing cuts to course funding.

“Get your art students, architecture students, interior design students and get them to renovate it,” she said.

Some students have even been made to pay for course supplies. 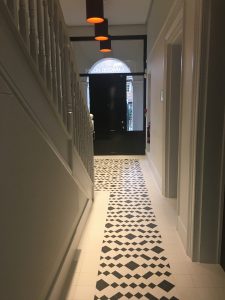 Photography student Cass Newton said: “We are paying nine grand a year and then I still have to pay more on printing and pay for my sketch work. On top of that, I have to pay for films as well as food and rent.”

The refurbishment on Holmwood House was carried out by contractor that the university regularly uses and renovations on the upper floors are expected to continue when parts of the house become available.

The university said that prior to the work done over the summer, Holmwood House had not been renovated in over 20 years.

Other refurbishment work at the university includes the Town House build on the Penrhyn Road campus, which costs £8 million.

Work for eco-friendly windows is also being undertaken at the knight park campus costing around £4,000 per square meter.