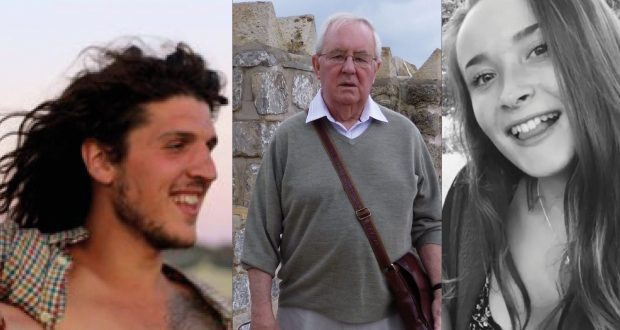 The mother of a KU student who received her degree posthumously has paid tribute to her daughter who hoped to help find a cure to cancer.

Pharmaceutical science student Charlotte Staplehurst, 21, wanted to be a cancer researcher after graduating to help find a cure for her mother and others.

Tracy Staplehurst said in an emotional tribute to her daughter: “I have suffered from cancer for many years. Charlotte made it her goal to join the world of research to help find a cure for myself and other sufferers.”

The student, from Eastbourne, died when she was struck by a car after leaving a pub in New Malden in August 2018.

Staplehurst’s parents Robert and Tracy attended the graduation ceremony held at the Rose Theatre in July, with their daughter Maxine who received the certificate on her sister’s behalf.

Mrs Staplehurst said: “It was very touching and moving that Kingston University wanted to award Charlotte’s degree posthumously, and we are grateful to Richard Singer, Mariko Kishi, Kat Farrell, Sarah Wilden and everybody else who had a hand in making Charlotte’s graduation ceremony so special to us.

“The kindness and sensitivity shown on the day are memories which we will cherish,” the tribute continues.

At an inquest into Staplehurst’s death in June, coroner Dr Sean Cummings at West London Coroners Court said that the KU student died from head and chest injuries after a road traffic collision while crossing Coombe Road.

Staplehurst, who taught English to children in Bali, wanted to return to Asia with her family after graduating.

Her mother said: “Charlotte was smart and intelligent and had so much to give and to live for. She had the power to make everyone around her happy with her contagious laugh and a beautiful smile. They always say that heaven only takes the best. We are sad that it had to be her.

“We all miss her so dreadfully. Someone told me once [that] losing a child is like living a life sentence. How right they were.”
Staplehurst was one of three students who were awarded their degrees posthumously at the graduation ceremonies held over the summer.

Keith Atkins, 79, received his PhD for his thesis titled ‘The Cottage Hospital Movement in England and Wales, 1850-1914: Origins, Growth and Contribution to the Healthcare of the Poor’.

Atkins’ wife Maggie said, sobbing: “He was a very kind and generous person, and he didn’t criticise other people. He always tried to be helpful. He was very hard-working and dedicated.”

Atkins, from Cranleigh, died from pancreatic cancer a few days after his 49th wedding anniversary which he and his wife spent together in the hospital.

Maggie said that her husband left school at 18 and felt that he had missed out on education, so he had a yearning to learn things and would have been delighted that his PhD was completed.

A KU spokesperson said: “Kingston University always tries to honour students close to completion of their degrees at the request of, and in consultation with the family.”

The parents of Luke Taylor, 25, who took his own life in January, received their son’s product and furniture design degree in his honour.

Rachel and Paul Taylor crossed the stage together while Taylor’s course mates, other graduating students and parents wiped away tears from their eyes.

He said: “Luke was an amazing, vibrant person. He had a beautiful, open personality and was a really talented designer and maker. Everybody loved Luke.”

Taylor’s parents have fundraised over £3,900 for the mental health charity Mind and the environmental organisation Greenpeace.